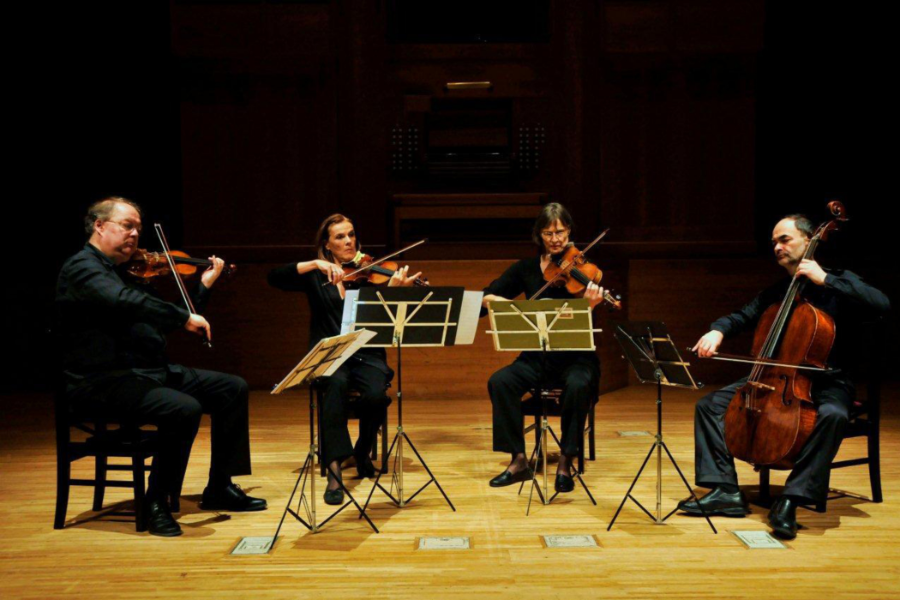 Although the father of the string quartet is considered by music historians to be Joseph Haydn, the genre was considerably advanced by Ludwig van Beethoven. At the end of his life, the German composer created works that are still believed to be the pinnacle of chamber music. During Wratislavia Cantans, some of his late quartets will be presented by the Quatuor Mosaïques playing historical instruments.

A very different composition is the Quartet in B flat major Op. 130, premiered in its original form in March 1826. It is an elaborate and enormously original piece in terms of construction. It consists of as many as six movements, among which one can find both a stylization of a German dance (Alla danza tedesca) and a simple song based on a singing melody (Cavatina). However, the original 6th movement – Große Fuge (The Big Fugue) – excited the biggest emotion among the first listeners. The publisher, rightly afraid that the work would not arouse interest of the buyers, sent Beethoven a request to write another ending. The composer, usually not willing to submit to such persuasions, this time agreed and in November 1826 he wrote a new finale, simply naming it Allegro. It was his last piece.

And the Große Fuge? Finally, it appeared separately as opus 133. For many years it aroused conflicting opinions of researchers and performers. They considered it unfeasible, completely incomprehensible, they compared it to a musical tower of Babel. Therefore, it was played extremely rarely. This opinion was also shared by the Canadian pianist Glenn Gould, who considered it one of the most amazing works in all music literature. Beethoven was also aware of the value of this composition. When he was informed that two movements of the Quartet in B flat major, but not the fugue, were encored during the premiere performance, he disparaged the audience’s taste in a not entirely diplomatic manner. Although the great fugue places great demands on the musicians, when they can meet them, its performance becomes a dazzling and deeply moving experience.