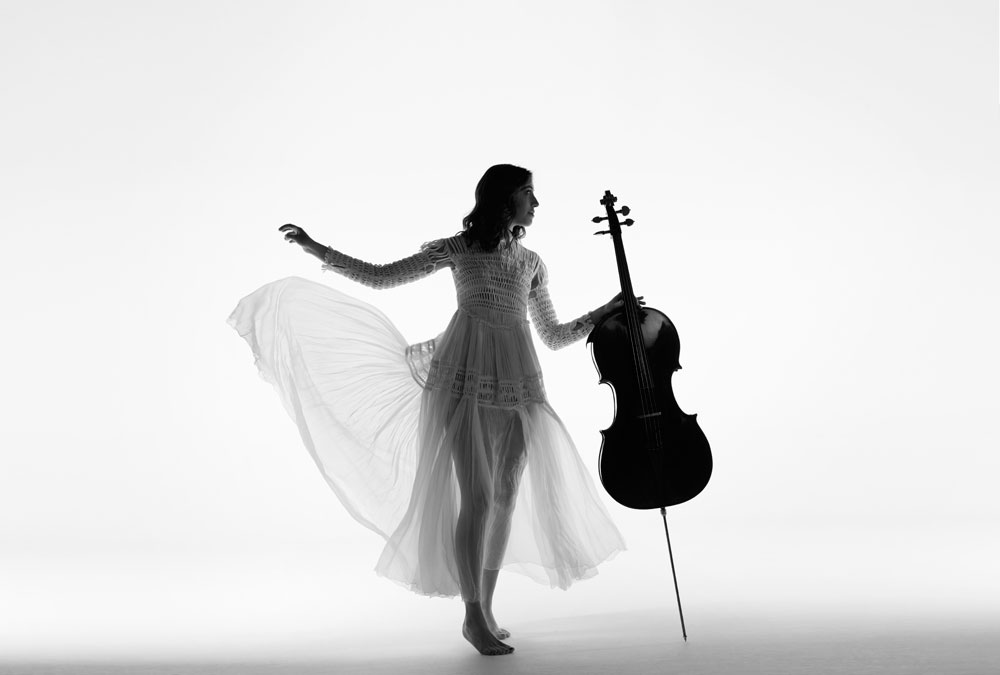 The chamber music concert performed by the excellent cellist Camille Thomas and pianist Julien Brocal will be a meeting with the works of three composers of the Romantic era and one of the most interesting composers of the 20th century. An additional attraction will certainly be the instrument on which the artist will play. It is the Feuermann cello from the studio of Antonius Stradivarius, created in the first decades of the 18th century.

The concert will begin with the performance of Songs without Words in D major by Felix Mendelssohn. It is a charming miniature in which the composer wanted to emphasize the melody. The cello here imitates the human voice, singing unhurriedly elegant and thoughtful phrases. The lyricism is also characteristic of the Cello Sonata in E minor by Johannes Brahms. The composer strongly emphasized the fact that both instruments are equal, and the role of the piano should under no circumstances be limited solely to accompanying the cello. The Sonata is an early work by Brahms, but one can already notice in it a constant feature of Brahms’s work, i.e. the fascination with the music of bygone eras. This is evidenced by the fact that some of the themes were taken from the famous collection Kunst der Fuge by Johann Sebastian Bach.

Louange à l'Éternité de Jésus (The Glory of Jesus' Eternity) is the fifth movement in the work entitled Quatuor pour la fin du temps (Quartet for the End of Time) by Olivier Messiaen. The story behind this piece is dramatic. The composer wrote the quartet when he was a prisoner in the German POW camp Stalag VIII-A in Görlitz, with fellow musicians in mind, and the premiere took place in the open in mid-January 1941. Over 400 prisoners and guards listened to him then, and the composer recalled that none of his works had ever been met with such attention as then. The movement presented during this concert is a slow, longing cantilena of the cello, played against the background of uniform piano chords. The last piece in the programme, César Franck’s Violin Sonata in A major (here arranged for cello), is not only one of the composer’s most famous compositions, but also a very popular sonata for this instrument. The work was a wedding gift for the Belgian violin virtuoso Eugène Ysaÿe. The artist was so pleased with this present that, after a cursory look at the score, he played it to the wedding guests.