A concert dedicated to works of students and recent graduates of The Karol Lipiński Academy of Music in Wrocław created in the Computer Composition Studio.

The concert of Sound Factory Orchestra is a pro bono event, as the artists wish to suport performers and composers based in Wrocław.

The concert is available: 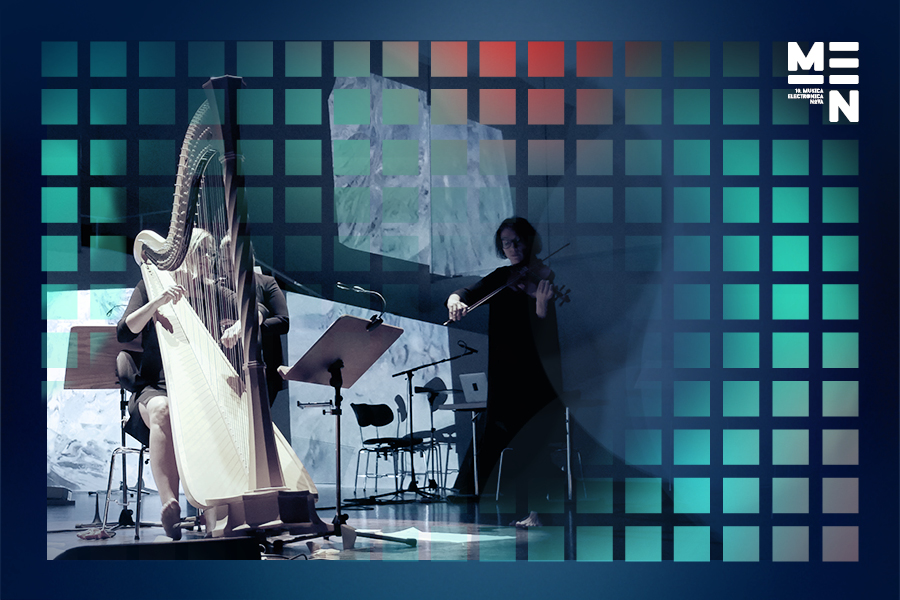 During the Carte Blanche concert, we will hear pieces by alumni and students of the Karol Lipiński Academy of Music in Wrocław, created in the Academy’s Computer Composition Studio. Sound Factory Orchestra, conducted by Robert Kurdybacha, will present works by six composers.

The author of the work on the verge of ... for viola, accordion, percussion and electronics, which was completed last year, is Magdalena Gorwa. Currently, she is a second-year student of composition and music theory. For several years, she has been a member of the Youth Circle of the Polish Composers' Union and the Polish Society for Contemporary Music. She often collaborates with the theatre community, and performances with her music are staged throughout Poland.

Krzysztof Rau’s Anchor is a composition for electronics from 2019. It was created as a competition entry for the 2nd Polish National Electroacoustic Composers’ Competition ‘Józef Patkowski’ in Kraków. The participants’ task was to compose a piece of flute samples sent by the Academy of Music in Kraków, performed by Renata Guzik

(Re) Constructing a Misfit for tenor saxophone, electric guitar, double bass, percussion and electronics is a composition by Paul Preusser from 2009. The artist, raised in Denver, Colorado, currently lives in Wrocław. He is the author of many vocal and instrumental compositions, as well as those containing live electronics. He is interested in the art of improvisation, the use of microtones and extended vocal and instrumental techniques. This is reflected in his works.

Anafora V for cello and electronics by Stanisław Kupczak is a piece from 2004. It was created for the Cellotronicum project and sounded for the first time during the Musica Polonica Nova festival.

Katarzyna Bem’s Drone Strike from 2019, intended for electronics, is a musical vision of a drone attack on an imaginary land, whose inhabitants underwent a rapid metamorphosis resulting from the invasion. The work expresses the fear accompanying the changes that are taking place in the modern world so dynamically that it becomes impossible to keep up with them.

Sentimental Rave is a composition by Piotr Bednarczyk, born in 1994. The author wrote it for clarinet, viola, cello, double bass, percussion instruments, electronics, video and strobe. The piece was inspired by the mysterious crop circles that once appeared in the vicinity of the village of Wylatowo, located in the Kuyavian-Pomeranian Province.