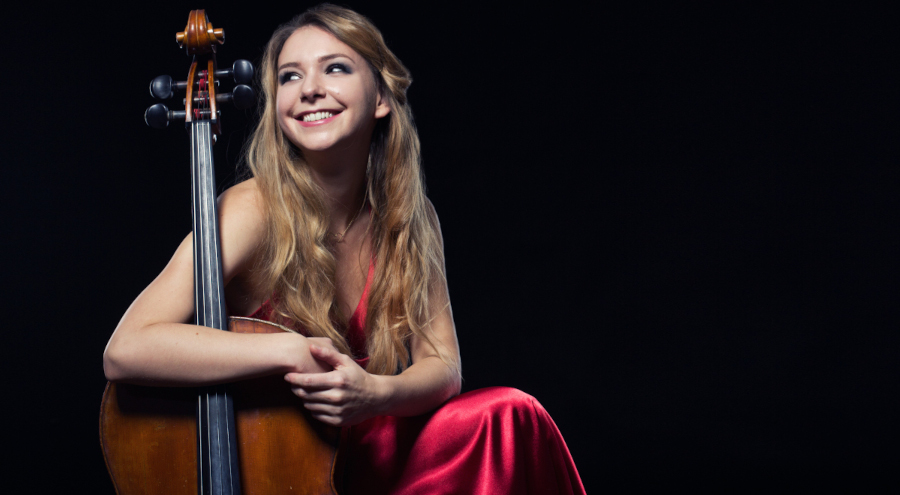 The National Forum of Music presents the works by contemporary artists and those constituting the canon of the concert repertoire. A synthesis of these two trends will be the concert programme during which we will listen to compositions from the Romantic era and a new work for cello and orchestra by a prominent Polish composer of today – Paweł Szymański.

The core of Anton Bruckner’s oeuvre are nine monumental symphonies – they are the ones most often performed and recorded. Pieces for a cappella choir are presented much less frequently. Marzena Diakun and the NFM Choir will perform five compositions of this type: Os justi WAB 30, Ave Maria WAB 6, Locus iste WAB 23, Christus factus est WAB 11, and Virga jesse floruit WAB 52. These are raw, ascetic, yet delicate pieces, and deeply spiritual too.

Next, the cellist Magdalena Bojanowicz-Koziak will perform a new work by Paweł Szymański, who is known as a composer of spiritual independence, often critical of present-day developments in music and able to integrate it in an interesting way with elements taken from the past, especially from the Baroque era. Szymański has described his artistic credo as follows: ‘The contemporary artist, including the composer, is in the chains of two extremes. On the one hand, he is in danger of talking gibberish if he completely rejects tradition, and on the other, he can become banal if he stares too much at it. This is the paradox of practicing art today. What is the way out of this situation? Since you cannot completely free yourself from the banality, you must play a game with this banality, treat it as a material that allows you to maintain certain elements of the convention, but at the same time, using quotation marks, metaphors, paradoxes, you have to distance yourself from it.’

The concert will be crowned with a performance of Franz Schubert’s Symphony No. 4 in C minor. Although the then nineteen-year-old composer finished writing it in April 1816, it was not premiered until 1849, more than two decades after the composer’s death. We do not know why he decided to add the subtitle ‘Tragic’ to it. Perhaps he did so because of the minor key, which at the beginning of the 19th century could have pessimistic associations. And although this work is not completely devoid of melancholy, the contemporary listener will perceive it as full of charm and grace.