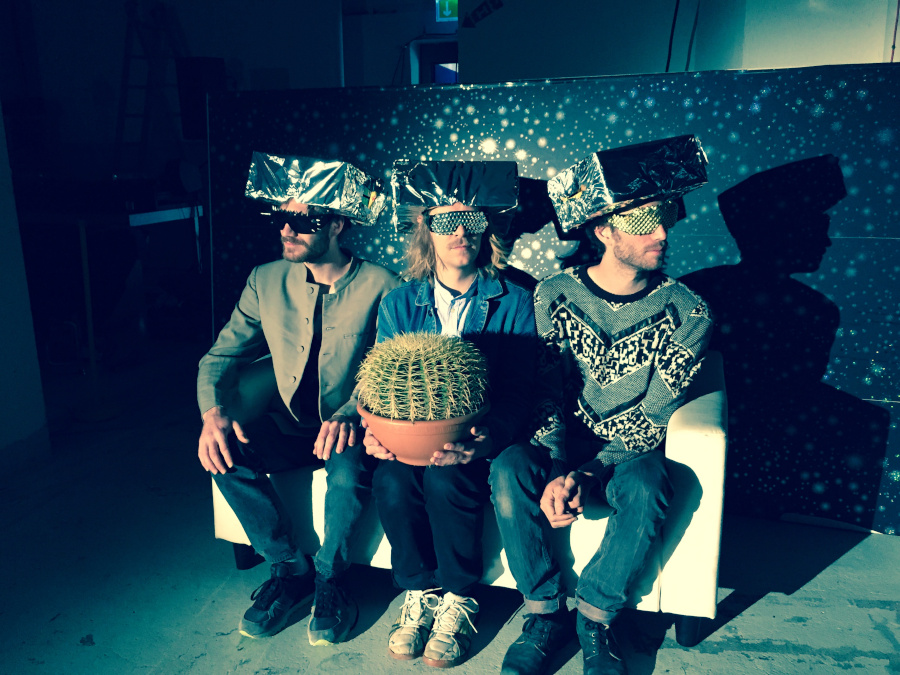 Immerse yourself in transgressive zones and multi-faceted sound structures. Let yourself be carried away by the unpredictable moods of the colliding rhythms. We invite you to the musical cabinet of mirrors, which reflect traditions, sound colours and textures.

Apparently, nomen is omen, but not in the case of the Trio Heinz Herbert. Since Heinz Herbert is an imaginary character, the band's name, echoing the pattern of many others, is in fact a fun game with jazz tradition and history that the three sound alchemists have been boldly playing with for almost a decade, continuing to expand the surprising musical universe. Performances at jazz festivals such as: London Jazz Ffestival (2020), Unerhört Zurich (2019), Jazzfest Berlin (2018) or unlimited 31 (2017) in Wels, Austria – at the invitation of curator Mary Halvorson – as well as in unconventional concert locations and forms, such as the multidisciplinary week of performances in Lucerne and Zurich, have cemented the musicians' reputation as risk-taking experimenters.

The sometimes tight, sometimes loosely connected sound of Heinz Herbert's Trio is the result of the intertwining of three musical personalities and play based on blind trust. In 2019, at the 12 Points Festival, Trio Heinz Herbert won the Zenith Award for Emerging Artists, awarded annually by the European Jazz Network and the 12 Points Festival. The band, celebrating their tenth anniversary this year, have released four albums and are currently working on their fifth. The eye-catching aesthetics of the Trio Heinz Herbert sound is the result of an almost symbiotic collaboration and delightful intensity of expression. The music of this band bears traces of the free jazz psychedelia of the 1970s, contains elements of the contemporary club scene and aspires to a broadly understood fusion of free jazz with electronics. All this is driven by group improvisation that overcomes solo struggles. After the release of the excellent The Willisau Concert in 2016, the band created YES (Intakt Records, 2018) - an album with extremely original, unconventional music, which is an exciting journey through the worlds of electronics. On this album, as Florian Keller writes, the artists celebrate music that is always in motion, the constant building of new forms, changeable and complex, but also beautifully coordinated, like a flock of birds in flight.