* The artist's appearance depends on the covid-19 situation in Poland and internationally. 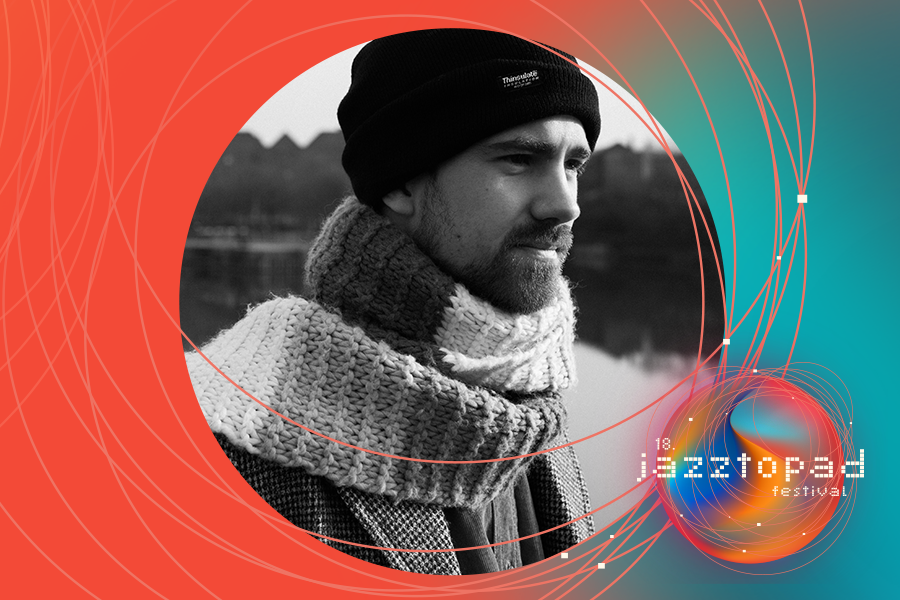 The meditation day during the Jazztopad Festival will be hosted by the British pianist, composer and organist Kit Downes. The young artist rose to fame as one of the greatest talents of contemporary improvised music. He has gained attention thanks to his performances with Empirical, and his own jazz trio has also received excellent reviews in the UK. When describing the Englishman’s playing style, journalists have compared him to such piano masters as Keith Jarrett and Paul Bley.

Kit Downes’ music is meditative, reflective, introspective by nature, it sounds as if it is at the service of spirituality. It has little to do with jazz in its traditional sense. The artist has worked in the past as a church organist and references to this can be heard on the Obsidian album, released by ECM Records in Munich.

Among his inspirations, the pianist lists the work of the German prose writer and essayist W.G. Sebald and his novel The Rings of Saturn. An English Pilgrimage. The narrator travels the country, meditating on the places he visits and the people he meets along the way. “It’s not even about specific people or neighborhoods, but the way in which all the things he has witnessed combine in his mind,” Downes told JazzWise.com, adding that he was trying to do likewise. Visiting different churches is part of this strategy. “Playing in this space, letting the imagination run free and documenting this experience – trusting that everything is an essential part of this journey,” explained Downes. The most important in this music seems to be minutiae, details, small changes in timbre and sound. These depend on the space in which the artist has worked – Downes has recorded in the English churches of St John the Baptist, St Edmund and Union Chapel. He explores the possibilities of the instrument in improvised music. On the Dreamlife of Debris album released in 2019, he put the organ in a wider context, using more instruments: he invited saxophonist Tom Challenger, cellist Lucy Railton, drummer Seb Rochford, and guitarist Stian Westerhus to record with him. Downes is a busy artist: he performs solo and in trio, he has also played in duets and groups such as Enemy, Troyka and Neon Quartet. In his work, however, he finds peace, reflection and concentration, which he shares with his audiences.