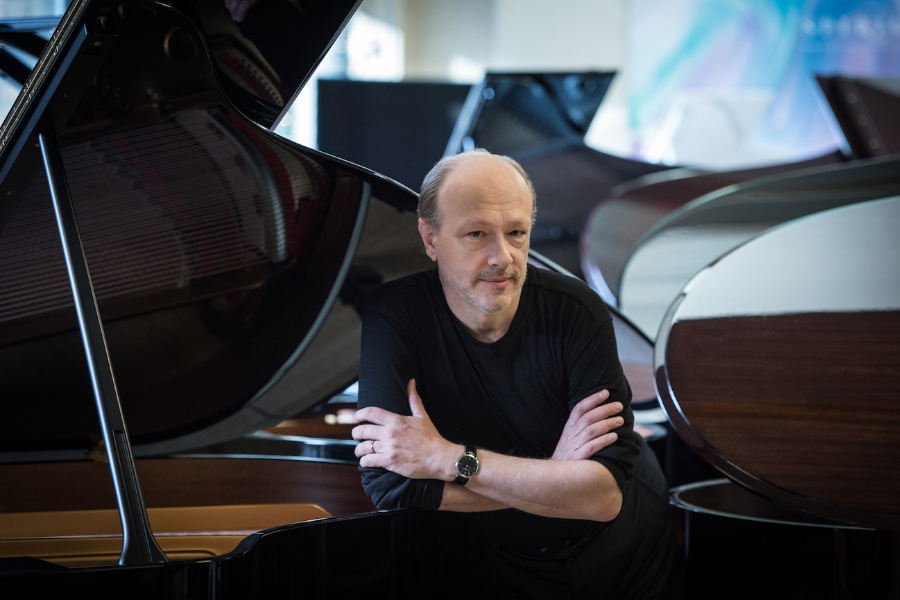 The concert of the Dresdner Philharmonie orchestra will be a meeting with two superb composers. The Canadian pianist Marc-André Hamelin will present the intriguing, little-known Piano Concerto in F minor by Max Reger, while the second part of the evening will feature Ludwig van Beethoven’s Symphony No. 6 “Pastoral”, one of the composer's most popular works. The concert will be led by an excellent German conductor Marek Janowski.

Max Reger was active at the turn of the 19th and 20th centuries. Although during his lifetime he was considered one of the greatest composers of his time, after the Reger’s death his compositions fell out of fashion too quickly. He was an eclectic composer, drawing handfuls from the achievements of his predecessors: Bach, Beethoven, and Brahms. One of his most famous compositions is the Piano Concerto in F minor, written in 1910 for the pianist Frieda Kwast-Hodapp. The work consists of three movements. The first is the dramatic and heroic Allegro moderato, the second is the raw and even ascetic Largo con gran espressione, and the finale is the fast-paced Allegretto con spirito. Although Reger’s concerto never gained wide popularity, it is undoubtedly a work that deserves attention.  The performance by Marc-André Hamelin will surely add nuance and splendour to this work, deserving to feature more frequently in concert programmes.

In the second part of the evening, the NFM Wrocław Philharmonic will present Ludwig van Beethoven’s Symphony No. 6 in F major ‘Pastoral’. In this work, we will hear birds singing (nightingale – flute, quails – oboe and cuckoos – clarinet), a murmuring stream, the sounds of a village party with an imitation of bagpipes sounds, as well as a violent storm followed by a brightening, symbolized by the joyful dances of the shepherds. The symphony was created during Beethoven’s stays in Heiligenstadt (now a district of Vienna) and Baden, and the idyllic surroundings influenced its cheerful character. Each movement of the symphony has its own programmatic title, describing what the music represents. Beethoven himself, however, never admitted that The Sixth Symphony was a kind of sound painting. He believed that the “Pastoral” was primarily an expression of feelings.