Songs of a Princess 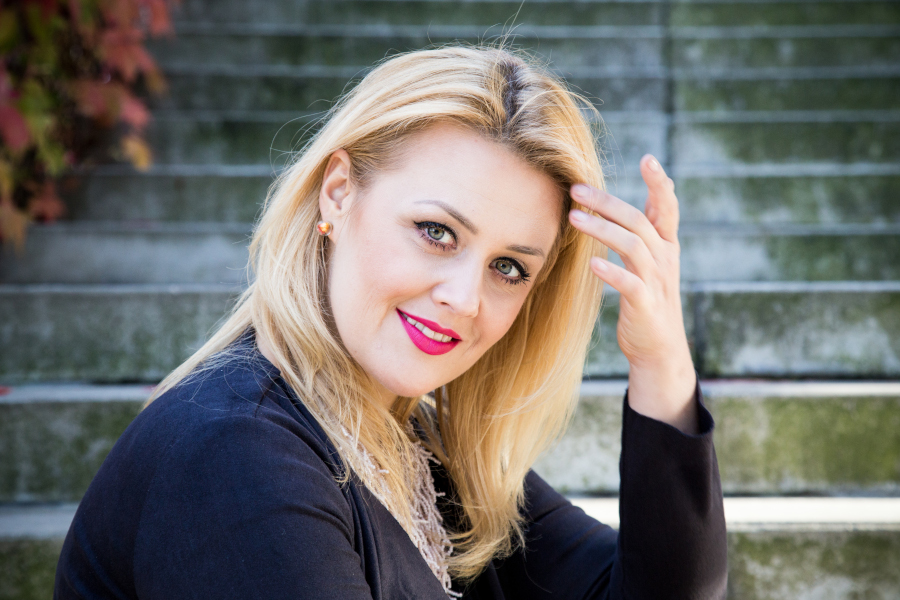 The great attraction of the NFM Wrocław Philharmonic concert conducted by Giancarlo Guerrero will be the Polish premiere of the new version of Six Songs of a Fairy Tale Princess by Karol Szymanowski. The solo part will be sung by Iwona Sobotka, one of the most respected and recognizable Polish singers of our time.

The concert will begin with the performance of Interludium – a short, late work by Witold Lutosławski, which was supposed to go between two other pieces: Chain II and Partita. It is devoid of any contrasts and maintains quiet dynamics and a slow pace. The fantastic, oneiric mood created in it makes it considered one of the best pieces in Lutosławski’s oeuvre.
We will also listen to Sieben frühe Lieder, by Alban Berg, an Austrian composer considered to be one of the greatest artists of the 20th century. The songs that will sound this evening were written in the middle of the first decade of the 20th century and were originally intended for voice and piano. At the end of the 1920s, Berg returned to them and developed a version for voice and orchestra – we will hear it during this concert. This music is dark, but at the same time colourful and sensual, perfectly reflecting the anxious twilight of a new era.
The next piece in the programme, Six Songs of a Fairy Tale Princess by Szymanowski, was written in 1915 to texts by the composer’s sister, Zofia. Long, arabesque vocalizations of the solo voice create an unreal, fairy-tale and exotic atmosphere. The individual movements received the following titles: Lonely Moon, Nightingale, Golden Shoes, Dance, Song of the Wave and Feast. From among these miniatures, Szymanowski composed the first, second and fourth for voice and orchestra in 1933. The third, fifth and sixth have not been orchestrated until modern times – they were prepared by the Italian composer Bruno Dozza.

Symphonic Metamorphoses on the theme of Carl Maria von Weber by Paul Hindemith is one of the most popular and impressive works by this composer. The piece consists of four movements. The themes used in the 1st, 3rd and 4th movements come from Weber’s piano duos that Hindemith played for fun with his wife. The main theme of the 2nd movement, Scherzo (Turandot), comes from Weber’s incidental music written for a play by Carlo Gozzi. The melodies of the Romantic composer are clearly recognizable here, but at the same time sound completely different from their piano prototypes. This is due to Hindemith’s invention and his brilliant, masterly orchestration. The premiere of this work took place in 1944 in New York under the baton of the outstanding Polish conductor Artur Rodziński, who was then director of the New York Philharmonic at that time.