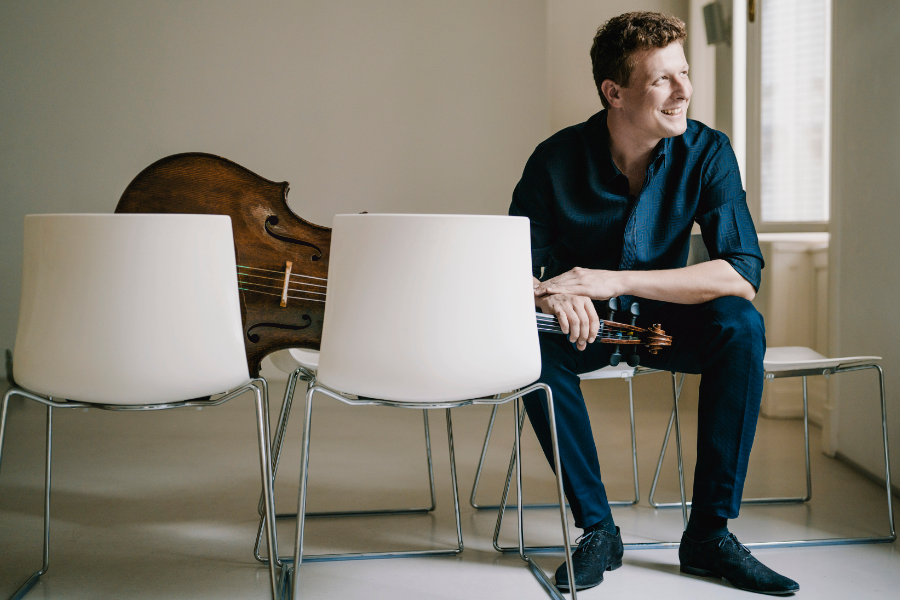 Popular and folk music very often become a source of inspiration for the classical composers. It is no different in the case of the three piece that feature in the programme of this concert. These will be masterpieces of Russian and Czech music, which are already part of the canon, and an intriguing composition by a contemporary Peruvian artist.

The first piece we’ll hear is Fiesta! written in 2007 by the Peruvian composer Jimmy Lopez. It consists of four movements: Trance I, Countertime, Trance II and Techno. Lopez admits that he is very attracted to combining various styles, including classical references to popular music. The piece was commissioned by Miguel Harth-Bedoy, who will conduct this concert.

Dmitri Shostakovich wrote Cello Concerto No. 1 in E flat major op. 107 with Mstislav Rostropovich in mind, a genius virtuoso of this instrument. The work opens with a motif composed of four sounds: D-Es-C-H (B). They symbolize the first letters of the composer’s name and surname in German transliteration. This cryptogram appears in many of Shostakovich’s other works written during this period. The concert is structured atypically, as it consists of four (and not three, as is usually the case) interconnected movements. Its core is the penultimate movement – Cadenza full of emotion and depth of expression. The finale is a recapitulation of the most important threads, ending with sharp sounds of timpani. There is also a parody of a popular Georgian song called Suliko. This unique blend of tragedy and grotesque, depth and farce, gives Shostakovich’s music a specific, instantly recognizable character.

The evening will end with Symphony No. 8 in G major op. 88, one of the most popular works by Antonín Dvořák. Although the composers of the Romantic era (including the great Czech) liked to write music full of drama, this piece is surprisingly light and cheerful. This carelessness could have resulted from the scenery in which it was written. The Eighth was created during Dvořák’s stay in the Rusalka villa, located in the village of Vysoká u Příbramě. In this very attractive piece, accessible and full of catchy melodies you can feel a distinct inspiration by Bohemian folk music.