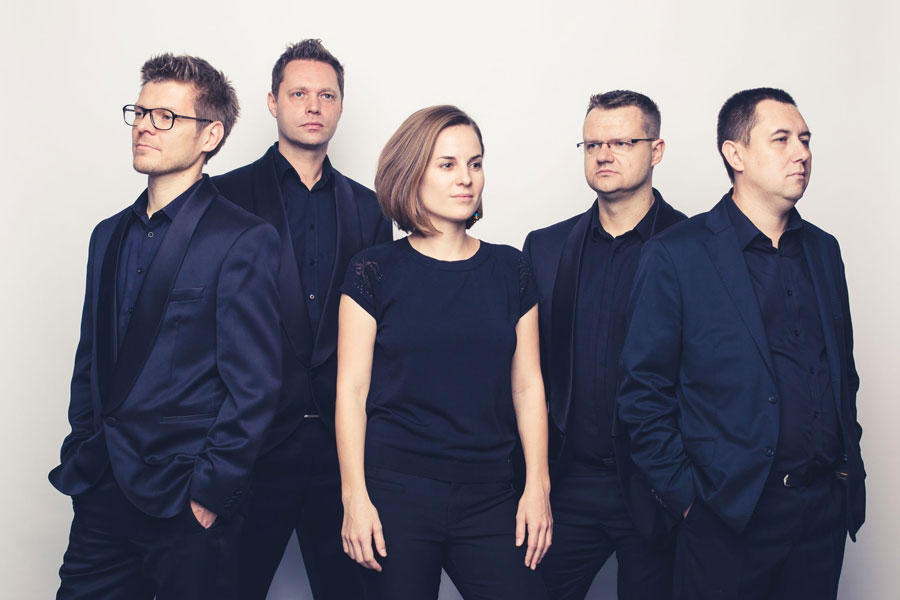 Written in Salzburg in January of 1777, Wolfgang Amadeus Mozart’s Divertimento in B flat major was commissioned by Archbishop Colloredo. It is the fifth and final divertimento of the wind sextet series and the most sophisticated of the set. Musicologist Roger Hellyer declared, “[Mozart] has in particular transformed the first bassoon part from contributing to the bass line as a first priority to performing its more natural role as a tenor instrument. This became essentially a new voice to the ensemble.”

Instead of a series of simple tunes with straightforward accompaniment in this piece, Mozart used subtleties of rhythm and harmony for a more dynamic purpose. Thus the composer altered the existing Harmoniemusik method of composing for six winds. By liberating the bass lines and allowing the paired instruments to develop apart, instead of playing in parallel, Mozart established their independence, strove for variety, counterpoint, and a deeper affect than was ever heard before.

Ludwig van Beethoven composed the Octet in E flat major in 1793 as an aspiring composer in Bonn, upon the request of his patron, Maximilian Franz. The piece was revised in 1795 when Beethoven began his studies with Haydn and it was published the following year as String Quintet, Op. 4. The original version, for two each of oboe, clarinet, horn and bassoon, was not published until 1834. The Octet in E flat is one of only a handful of successful works in the sonata style that Beethoven composed before going to Vienna. His songs, variation sets, and large orchestra-chorus pieces from the same period are considered more effectual.

Like the earlier work by Mozart, this piece is derived from the tradition of Harmoniemusik cultivated by the German-speaking nobility. Composed as Tafelmusik, or background music, for a patron who preferred music for wind ensemble during his super, the writing is light without being simple and this work in particular exhibits some rather notable virtuosic writing for the horns. Beethoven's compositions for wind ensemble during this period were used primarily as studies for the treatment of wind instruments in his symphonies. Meanwhile, works written for symphony and string quartet in the 1790s were dominated by his teacher Franz Joseph Haydn.

French composer Charles-François Gounod composed Petite Symphonie for nine winds in 1885. The work was commissioned by flautist Paul Taffanel. During this period, Theobald Boehm revolutionized the structural design of woodwind instruments, improving their projection of tone, stability of intonation, and technical facility, in addition to bringing woodwind instruments to a standard of consistency that string instruments had achieved centuries prior. Taffanel, contemporaneously, had founded the Société de Musique de la Chambre pour Instruments à Vent (Chamber Music Society for Wind Instruments) in 1879, with the aim of promoting music for these Boehm-style instruments.

Petite Symphonie is written for the standard Mozart serenade instrumentation with the addition of a flute part, written specifically for Taffanel, and the influence of Mozart’s wind serenades is acutely evident throughout the work, with good reason. Gounod had studied harmony and counterpoint with wind music composer Anton Reicha and had won the Prix de Rome in 1839. Following his trip to Rome, Gounod visited Leipzig and Vienna before returning to Paris, which had left him with a lasting admiration for the music of Mozart. In response, Gounod composed Petite Symphonie under the influence of Mozart’s wind serenades, French opera, and Taffanel’s vibrant flute playing.