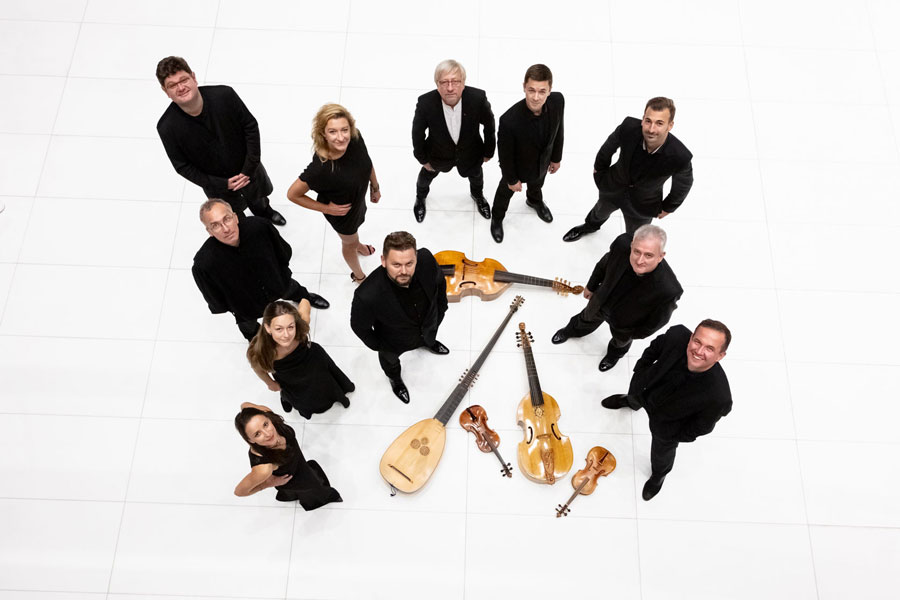 One of the greatest composers of the period of Poland’s history called the First Commonwealth is as prominent as he is mysterious. We know almost nothing about his life, we do not even know the dates of birth and death of Mikołaj Zieleński. We are sure that in 1611, just a year after the publication of Monteverdi's seminal Vespro della Beata Vergine, a large collection of Polish works was printed in La Serenissima that is the Venetian republic, which was then at the forefront of artistic creativity in Europe. However, no copy of this publication has been preserved. Has Zieleński ever reached Italy? It is not known, but where else would he learn the polychoral technique developed notably in Venice by the masters of the Gabriel family?

Yet there is no doubt that he lived for a time in Łowicz and was a kapellmeister and organist of the bishop Wojciech Baranowski's ensemble. No wonder then that he created primarily liturgical music. Two volumes published in the publishing house of Jacopo Vincenti – Offertoria totius anni and Communiones totius anni – contain compositions intended for the entire liturgical year. These are not only musical settings of variable sections of the mass, works for offering and holy communion, but also psalms, responsories, religious hymns, Magnificat and three instrumental fantasies. We find in them all the most important styles and techniques of music of that time. The extraordinary twelve-part, three-chorus canticle of Mary requires a large line-up, for the performance of communiones soloists adept at performing virtuosic solo parts and duets are required, while the motets in terms of style and concept of form bring to mind the works of the famous Giovanni Gabrieli. Offertoria are impressive compositions for seven or eight parts, all written in polychoral technique: two choirs were in dialogue with each other, and the spatiality of the church was taken into account – the two groups of singers stood in different places in the church.