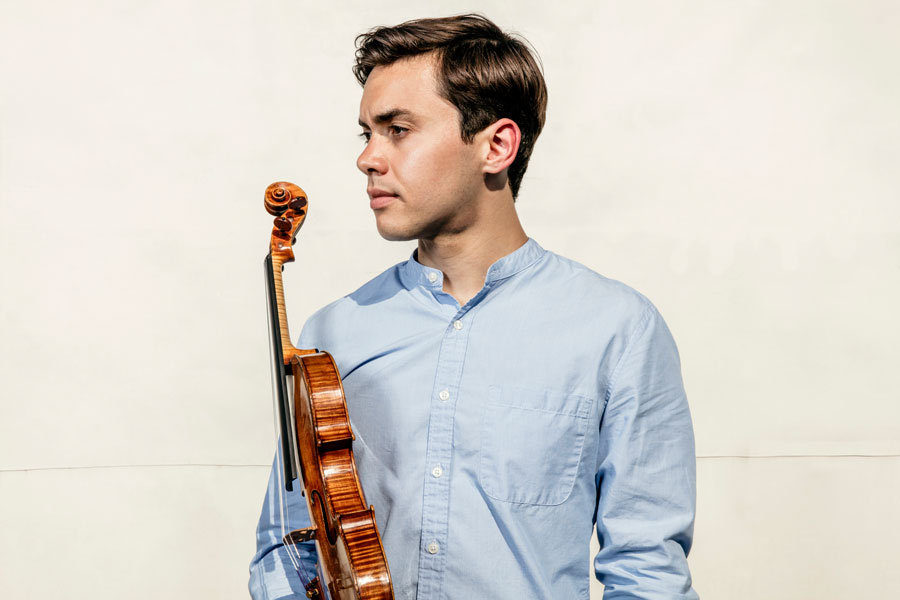 Some composers like to introduce references to literature or panting or to details from their own biography. Others, in turn, treat their works as a sounding construction that only tells something about themselves. This is what we call absolute music and such compositions will be heard during the March concert.

Although Passacaglia op. 1 by Anton Webern is not his first work, it was the first composition he decided to publish in print. This artist went down in history as one of the bravest and most radical experimenters, but this work, although characterized by great rigour of construction, also draws attention with its romantic and somewhat dark expression.
Ludwig van Beethoven's Violin Concerto in D major was created in 1806. Its first performer was Franz Clement, a friend of the composer and one of the greatest violinists of that era. The author reportedly delivered the score to the soloist so late that Clement saw it for the first time just before the concert. For this reason, the performance was apparently not very successful, and the work fell into oblivion for several decades. The young, 13-year-old Joseph Joachim, who performed it in London in 1844 under the baton of Feliks Mendelssohn Bartholdy, contributed to the rediscovery of the concerto. From that moment, the work's popularity grew steadily, and today it is one of the most played and recorded pieces of this genre.

Symphony No. 1 in C minor by Anton Bruckner is the early work of the Austrian composer. However, it is written in a style characteristic of his later works. The dense, dark and saturated sound and specific orchestration with a large share of brass instruments later became the hallmarks of this artist's style. The premiere of the symphony took place in 1868 in Linz under the baton of Bruckner, who in a group of friends compared this work to ... a big-mouthed housemaid.