Daniel Stabrawa – violin
Instrumentalists of the National Forum of Music 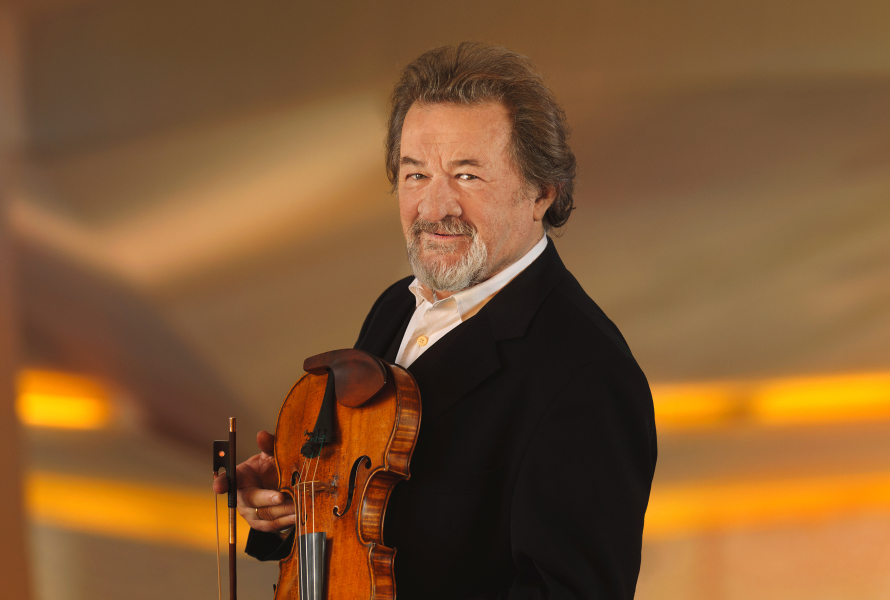 For some time, Beeethoven regretted that the Septet was ever born. According to the composer, its popularity was overshadowed by his more mature work. This six-movement work dedicated to Maria Theresa, the wife of Emperor Franz II of Habsburg, deserves special recognition. Very soon, we will hear it performed by the excellent violinist Daniel Stabrawa, who will be accompanied by instrumentalists from the National Forum of Music.

Ludwig van Beethoven was 30 years old when he started working on his Septet. He was already respected and eagerly hosted in Viennese salons, and had already had his first two piano concertos under his belt. The Septet is a piece composed for violin, viola, clarinet, clarinet, bassoon, horn, cello and double bass, and its formal arrangement resembles a serenade. The composer dedicated the work to Maria Theresa of Naples and Sicily, the Holy Roman Empress and the Queen of Bohemia and Hungary. The Septet met with a warm reception and became one of the composer's most popular works for a long time. It was re-edited and arranged later on. To the author's evident dissatisfaction, the audience demanded further works in this style, outclassing his other compositions. The Septet defined the direction in chamber music for other artists of that time, such as Louis Spohr, Johann Nepomuk Hummel or Conradin Kreutzer.

There is no denying that despite the passing of time, one of the most famous works by Ludwig van Beethoven is still intriguing. The Septet can enchant the contemporary audience with its virtuoso, intimate character and balanced proportions between the instruments. Soon, the outstanding Polish violinist Daniel Stabrawa, performing with the musicians of the NFM, will meet the challenge of Beethoven’s famous work. He has presented his skills as a soloist and conductor on the biggest stages of the world. In 1986 he became the concertmaster of the Berlin Philharmonic by decision of Herbert von Karajan and holds this function to this day. For many years he has also been the head of the Capella Bydgostiensis, which is the early and contemporary music ensemble, and most importantly, one of the leading Polish chamber orchestras.

Daniel Stabrawa about the NFM
Previous event
Next event