Works in honour of the Mother of God, traditional music from the Holy Mount Athos and compositions by the Byzantine master Ioannis Koukouzelis 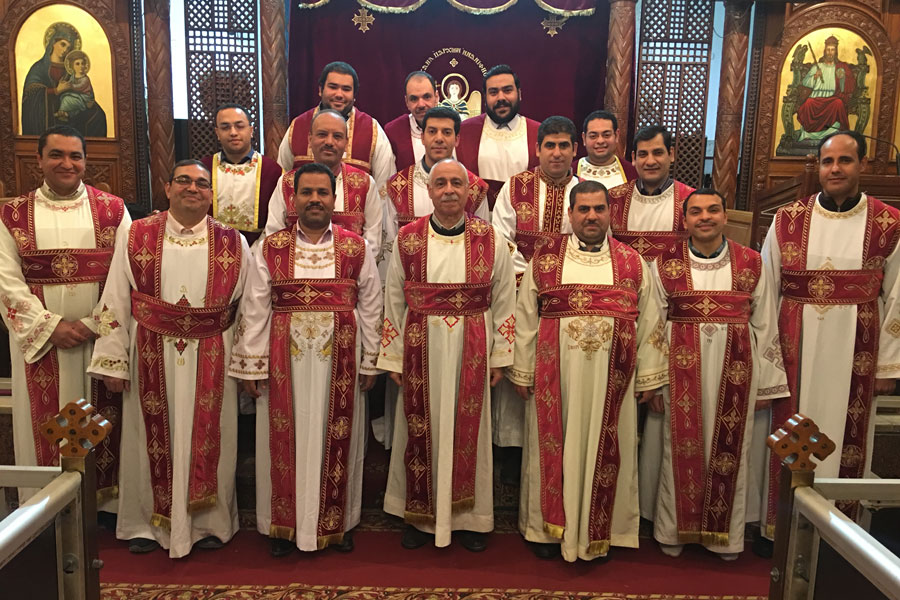 An aura of mysticism envelops the Coptic music, beautiful, rich and exotic for the European ear. Its tradition dates back probably to several millennia back. In this orally transmitted, probably the oldest music culture of Christianity, one can find traces of the heritage of the empire of ancient Egypt. Today, it arouses interest among fans of one-part singing, as Europeans more and more often have a close look at the vocal mastery of Coptic priests and lay people.

Almost the entire liturgy of the Copts is sung. Ordinary Sunday Mass lasts at least three hours, and up to six hours on holidays. Three languages are used: Coptic, Arabic and Greek. Coptic is the last stage of the development of the language of the pharaohs, extinct practically from the thirteenth century, considered to be solemn and chosen for prayer on holidays. Arabic is now the mother tongue of most believers. The first language of the Copts was Greek – to this day it is used in short acclamations.

At the beginning of Christian Era, the word ‘Copt’ meant an Egyptian. The country on the Nile was then a Roman province, culturally belonging to the Hellenistic world. To its then capital, Alexandria, Saint Mark sailed and began to Christianise the area. In 451, because of the doctrinal dispute at the Council of Chalcedon, the majority of the faithful in Egypt separated themselves from the rest of Christians and called themselves ‘orthodox’ (from the Greek Orthodox, meaning ‘of the right faith’) – but do not confuse the Coptic Orthodox Church with the Orthodox Church. Three centuries later Egypt was invaded by Muslims and Christians became a minority repressed up to this day.

It is the tradition of ancient Egypt that shaped the character of Coptic music. Despite the many-million-strong domination of Arabs, the culture of the Copts has resisted their influence. Because of the long isolation, Egyptian Christians have kept their rites and music almost unchanged since antiquity. The melodies are richly ornamented with melismas and improvisations. Melismas are characteristic of the entire Middle East – the cantor can sing one syllable for a few minutes. The prolongation of vowels probably originated from the special cult meaning given to them in ancient Egypt. During the improvisation, the priest or cantor spontaneously ‘circulates’ the pitch around the central tone. Songs are accompanied by metal percussion instruments – a triangle and cymbals (they are like percussion cymbals). The churches are filled with characteristic clashing sounds and an impressive tangle of rhythms.

It is worth listening to the nuances of pitch unknown to Westerners. Copts sing in microtones, they do not use the division into major and minor keys. Most of the hymns were built on no more than five tones, and the pitch differences between two consecutive sounds rarely exceed four tones.

We will hear the Hymn of Peaceaccompanying procession at the beginning of the wedding and liturgy with the participation of the bishop. The hymn of the three young men recited during the liturgy of hours refers to the story of the Book of Daniel about three young Jews in Babylonian captivity, who were thrown into the fiery furnace for refusing to worship the pagan deity, but an angel saved them. The hymn of Golgotha, ending the service on Good Friday, is an ancient Egyptian melody used in the process of embalming and putting the bodies of the pharaohs to the grave, to which Christian words were arranged. During the singing, the oldest priest takes the icon of the grave or icon of the crucifixion, wraps it in white linen, places a cross on the bundle and makes his symbolic burial in flowers and fragrant oils – just in the way Jesus was buried according to Jewish customs. The programme also features other hymns and Alleluia. This unusual oriental music will be performed by the official choir of the Coptic Orthodox Church. Many of its members are cantors in the churches of Cairo.