Don’t Replace Me By A Machine 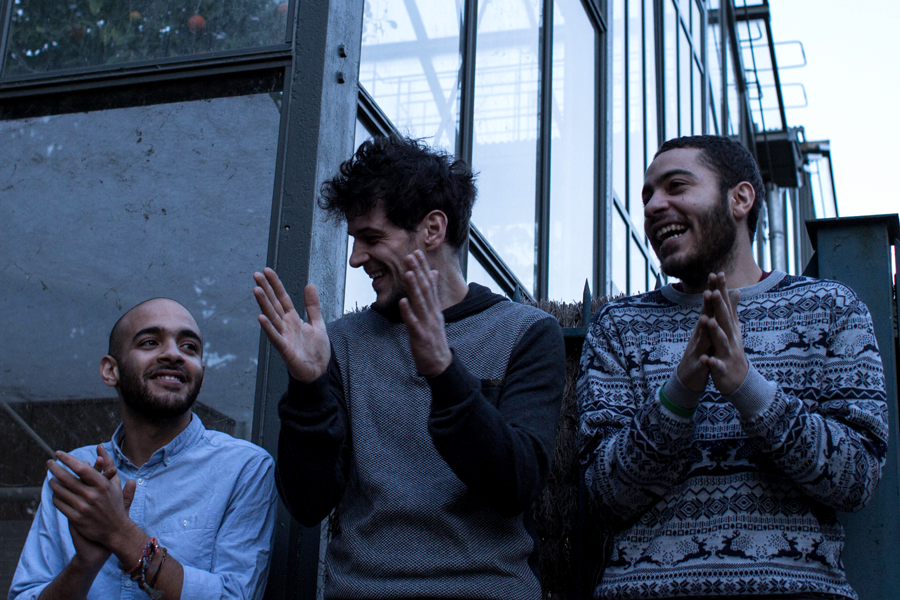 There is no more difficult challenge for an artist than that of constantly creating surprise – especially when that artist has been a source of wonderment, amazement, incredulity, ever since he was a child. For Mohamed Abozekry was a prodigy who, at the age when children are usually just beginning to study an instrument, was already astounding audiences with his virtuoso improvisations and his profound understanding of the oriental repertoires. A few years later, having moved to France, he formed the group Heejaz, and with ease combined Eastern music and jazz, Gypsy idioms, Indian scales and Cuban rhythms. After two recordings bursting with inventiveness  – Chaos, released in 2013, and Ring Road in 2015 – the young oud player returned in 2016 to a purely Arabic ensemble and, with Karkadé, affirmed his attachment to the classical music and popular traditions of Egypt.

After exploring in so many different directions, could Mohamed Abozekry surprise us yet again? The answer, quite clearly, is yes! And first of all because this time there is not just one Abozekry: there are two! He is joined by his no less talented younger brother, the saz player Abdallah Abozekry. Abdallah too took up his instrument, another type of lute, at the age of eleven, graduating four years later from Naseer Shamma’s famous specialised school in Cairo, Beit El Oud. He too was trained by that great Syrian Kurdish teacher, but he retained the Egyptian colouring in his playing, and developed his own style. In 2015 he arrived in France to study musicology, and naturally he joined his brother Mohamed. Very soon, by dint of playing together, the joint project took shape. Supported only by Nicolas Thé, on the drums, the two brothers invented a kind of impetuous oriental rock music, its raw energy sometimes calling to mind the garage style, but with more finesse and virtuosity.

The album as a whole thus seems perfectly homogeneous, and yet each piece is clearly different from all the others. All of them – except “Give Me Back Myself”, by Mohamed, and “Am I Alone”, written by Abdallah – were conceived jointly by the two brothers. The complicity that shows in their music is sheer magic! “Don’t Replace Me By A Machine” shows some roughness, but always accompanied by an instinctive and discreet tenderness. Showing relentless perfectionism, the two young men compete only for the overall aesthetics of their album, the finality of their music. The kind of rivalry that is generally beneficial to the result: in many ways, Don’t Replace Me By A Machine is one of the most original and inspiring releases we have received from the Arab world in a long time.