It was realized as part of the "Youth on the Stage" program of the ROZBARK Theater and the Creative Scholarship of the City of Krakow awarded to Dominika Wiak.
Co-financed by the City of Bytom. Cooperation: Living Space Theater 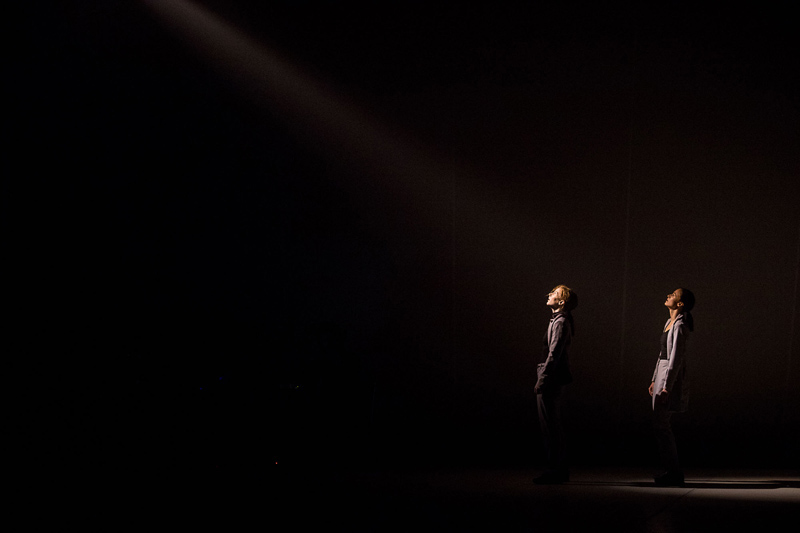 Can a human being restrain themselves from creating what they are capable of creating? The American Project Manhattanaimed at constructing first nuclear bomb. It was a paradox of a bomb: it was supposed to bring great destruction and at the same time end the war. Dropping the Little Boy bomb on Hiroshima was a terrifying example of human behaviour, which demonstrated that the only way to achieve reconciliation is to increase force. Apocalyptic thinking so no longer insane,  instead it becomes an everyday reality. We must destroy or love each other.

Observing social tensions picking up, we are bothered with the question if an escalation of violence is the only way to stop a conflict? What reactions accompany us when we experience fear of a potential catastrophe? The main motivation of this project is initiating a dialogue around concepts of aggression and war. We aim at empathizing the viewer agitating social concepts which concern current strains, the feeling of uneasiness and endangerment (discussion after the performance).  We would like to communicate with the audience in a non-verbal way, as well as providing freedom of interpretation of the performance.

Polish Dance Network (PDN) is the first formalized cooperation network between institutions and organizations supporting the development of contemporary dance in Poland. Each season, PDN partners select for the joint repertoire the most interesting productions of Polish independent artists and institutional dance groups. Performances indicated for implementation in a given year set off on a tour under the PDN banner, during which they visit partner centres. Currently, PDN 2020 brings together 15 partners presenting 14 dance performances with the participation of almost 100 artists. By the end of 2020, there will be almost 80 shows throughout the country. The activities of PDN are organised by the Institute of Music and Dance.