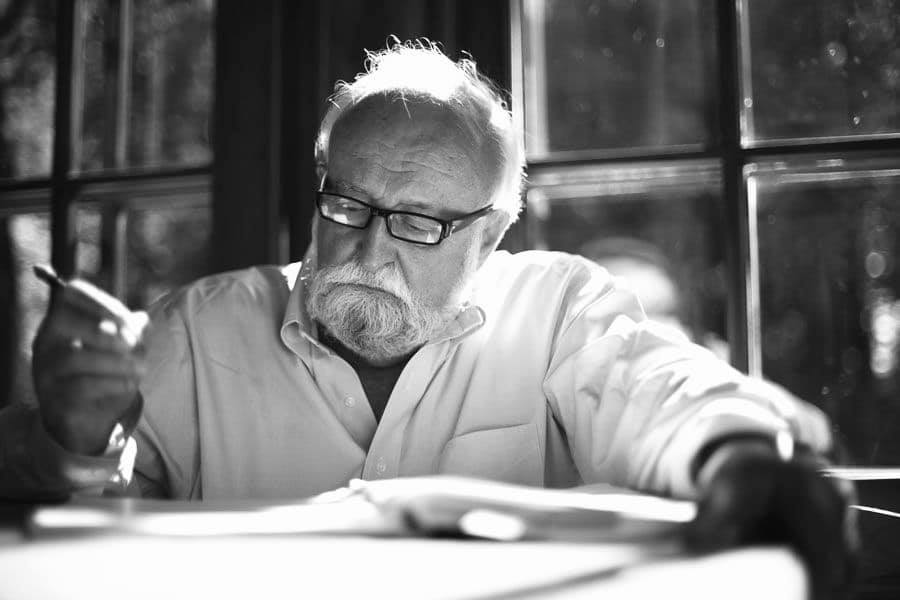 The first concert of this year's International Festival Wratislavia Cantans will be a tribute to Krzysztof Penderecki, who is considered by many scholars to be the greatest Polish composer active in the last six decades.

Having learned about the death of Cardinal Stefan Wyszyński, Penderecki wrote Agnus Dei for a cappella choir, which he later included in the monumental Polish Requiem. The work sounded for the first time during the hierarch’s funeral ceremonies on 31 May 1981 in the Basilica of St John the Baptist in Warsaw. The composition begins slowly, in a quiet dynamic, evoking the mood of focused prayer. The music gradually becomes more and more passionate and expressive, and after the moving quasi in grido (almost like a scream) culmination in the word peccata (sins), again fades and slows down. The Agnus Dei will sound in two versions: first in the original – choral, and at the end of the concert in an arrangement prepared by cellist Boris Pergamenschikow for chamber orchestra. The majestic Cherub Song is an expression of Penderecki’s fascination with church music. Completed in 1986, it was dedicated it to the outstanding cellist Mstislav Rostropovich celebrating his sixtieth birthday at the time.

The gentle-sounding, contemplative hymn O gloriosa Virginum was created in 2009. Penderecki wrote it on the seventieth birthday of José Antonio Abreu, founder of the Venezuelan foundation El Sistema. He completed the work in Kraków only one month before the premiere, during which he himself conducted the Coral Nacional Juvenil Simón Bolívar de Venezuela. In Sinfonietta for Strings, Penderecki drew on the idea of the Baroque concerto grosso, in which several soloists dialogue with the rest of the ensemble. This is a light, funny and short work dedicated to the Sinfonia Varsovia orchestra. The movements strongly contrast with each other in terms of tempo.

The Concerto doppio per violino, viola e orchestra is one of the very few double concertos for violin and viola, and at the same time the only one that remains a part of the core concert repertoire. It was written in 2012 on commission from the Viennese Musikverein – to celebrate the 200th anniversary of the verein. The violinist and violist Julian Rachlin strongly urged Penderecki to write this work, because he wanted to have in his repertoire a work in which he could perform two solo parts for both instruments. So, the Polish composer created a virtuoso concerto, effective and replete with technical difficulties. At the same time, it is a listener-friendly work, very popular with audiences. The concerto is as demanding for the violist as it is for the violinist.