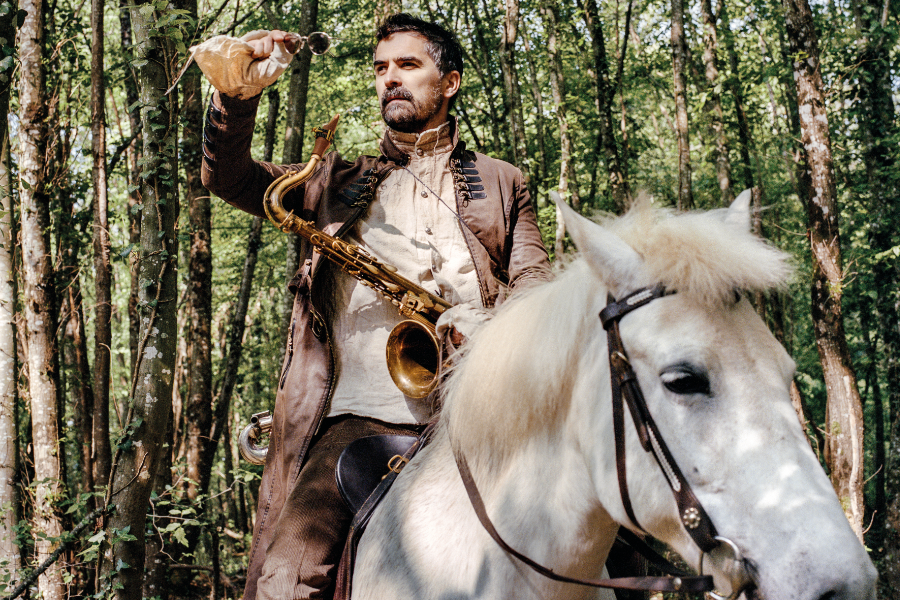 "At the dawn of the 12th century, in Limousin and in the other regions of present-day Occitania, a modern literature was born that would influence the whole of Europe. The troubadours sing of love, joy and youth, in a skilful alchemy of words and sounds. Great lords or simple commoners, these poets-musicians, will animate more than two hundred years of intellectual life with knowledge." (Gérard Zuchetto)

Well, here's a very exciting project! Decidedly Rifflet (Victoire du Jazz 2016 with "Mechanics", Best Album of the Year) takes a wicked pleasure in "unravelling" everything he does in his previous albums to better delight us with his most exciting curiosities. Constantly searching for the counterfoil and constantly moving in literally opposite directions, Rifflet offers us one of his dreams here: to one day integrate influences from medieval (essentially secular) music and repetitive music into a modal music project. Here is "Troubadours" for a deluge of musical poetry of love-courtesy and illuminated by three high-flying minstrels. The idea was not to be in historical accuracy but rather in an imaginative ambition of what poetic music could be today, supported by simple instrumentation: two wind instruments, a drone and a few percussion instruments, Rifflet drew his inspiration from recordings of secular medieval music (often by unknown authors) by ensembles such as Alla Francesca conducted by Brigitte Lesne or Capella de Ministrers, to get as close as possible to his idea of the music of troubadours.

In the beginning, monodic medieval music was only accompanied by a percussion or a drone, a pedal note. Tension - release phenomena are really the sources of modal music.

Playing on a mode and building tensions or releases moments over a drone is the basic principle of modal music but also of Indian music, in a very schematic way. "I've never recorded a “modal” album and I wanted to try this adventure while making sure to stay as far away as possible from the clichés of the saxophonist who is embarking on modal music. In this case the reference to Coltrane is quite complex to avoid. By turning to a hybrid sound: modal music and Indian instruments playing a pedal point, I had wider and more interesting musical possibilities for this project.”