This project is part of the commemoration of the centennial of regaining independence and rebuilding Polish statehood. 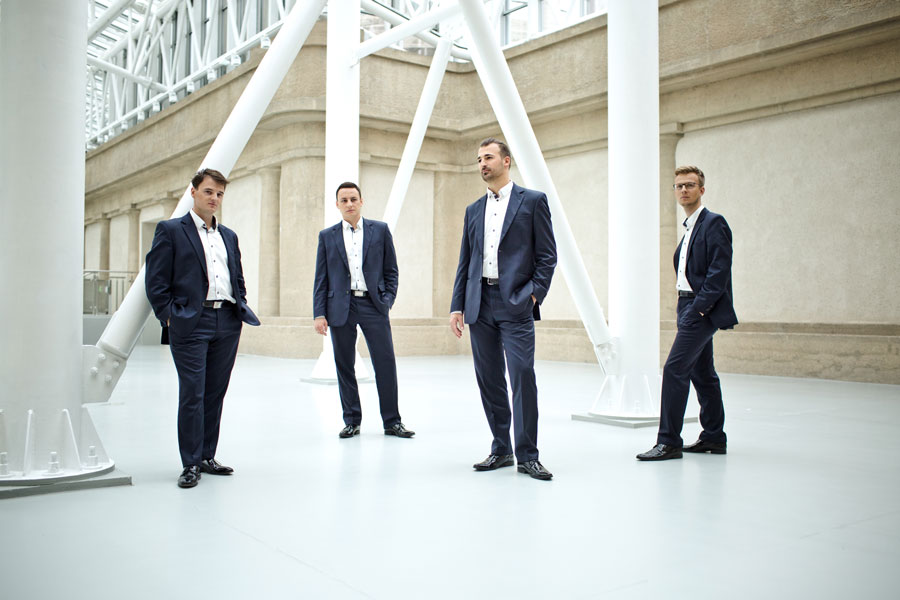 The Polish Cello Quartet has completed many intriguing artistic projects. The next one will be a meeting with the work of the Leipzig Cantor, juxtaposed with works by contemporary composers.

Die Kunst der Fuge, or The Art of Fugue, is the last composition by Johann Sebastian Bach. He did not have time to finish it. It consists of fourteen fugues (known as Contrapunctus) and four canons of increasing complexity. The composer did not specify the lineup for which this work was intended, therefore some researchers assumed that it was a purely theoretical, abstract and speculative work, a kind of treatise showing the possibilities of the art of polyphony. For this reason, Die Kunst der Fuge fell into oblivion for years. Even Bach’s son Carl Philipp Emanuel found it a good substitute for the expensive counterpoint lessons. However, later performers appreciated this composition. It was performed by various line-ups: it was played on the harpsichord, organ, piano; several arrangements for orchestra have also been also written.

During the concert, we will hear Contrapunctus I, III, V and X. These fugues have been juxtaposed with the works of three contemporary artists. Thierry Escaich is a French organist and composer, known to music lovers visiting the National Forum of Music for his improvised accompaniment to the silent film The Phantom of the Opera. Ground III is his piece from 2008, one of the six to bear this title. The work Flüsterfuge und Zirkelkanon, intended for four cellos or four bassoons, was written by the Swiss composer Heinz Holliger in 2000. The Cello Quartet, on the other hand, is the work of Artur Zagajewski, born in 1978, a music theorist and composer.