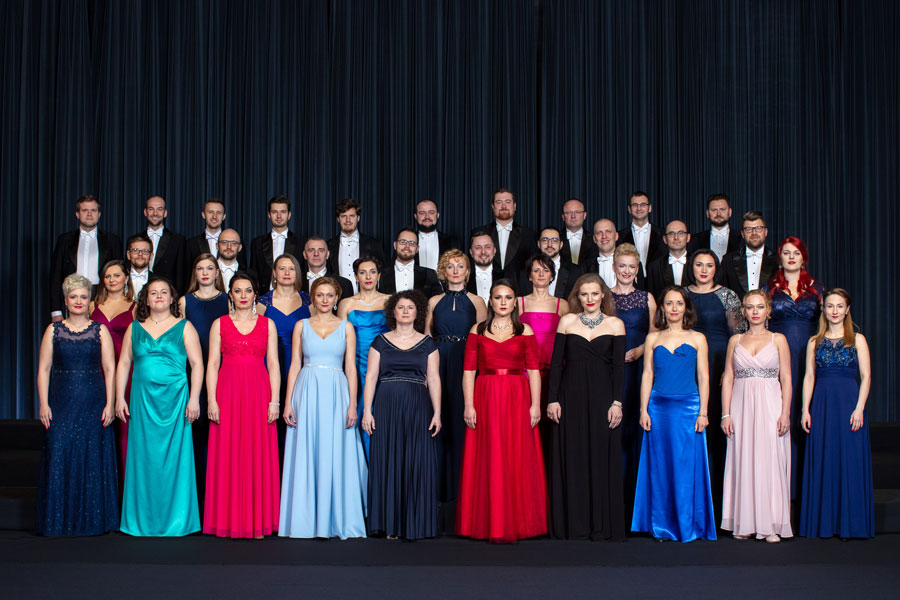 Sergey Rachmaninoff went down in history primarily as a pianist, as well as the author of virtuoso   pieces for the piano and equally colourful and emotional orchestral works. The concert of the NFM Choir conducted by Ekaterina Antonenko will be a great opportunity to get to know this composer from a completely different perspective.

The Russian left behind two monumental works intended for a cappella choir. The first is the All-Night Vigil op. 37, the other is the Liturgy of St. John Chrysostom op. 31, written by Rachmaninoff in July 1910 in the village of Ivanovka, where his family owned an estate and where the composer was resting after an eventful concert tour of the United States. Rachmaninoff wrote in a letter to a friend: “I have been thinking about the Liturgy for a long time and for a long time I have fought with myself to finally get to work. I started writing it basically by accident and it fascinated me. I finished it very quickly. It has been a long time since I had such pleasure in writing anything.”

In this work, the composer used texts attributed to St. John Chrysostom, constituting the basis of the divine liturgy in the Orthodox Church and being the Orthodox version of the mass in the Catholic Church. The work was premiered in Moscow in November 1910. Church authorities strongly protested, arguing that the musical language used by the composer was far too modern for the piece to be performed during religious services. Rachmaninoff did not try to promote the composition, so it quickly fell into oblivion. Listening to the Liturgy of St. John Chrysostom one hundred and ten years after its creation, it is difficult to agree with the allegations of church oficials. It is serious, austere music, but at the same time extremely beautiful and deeply moving.