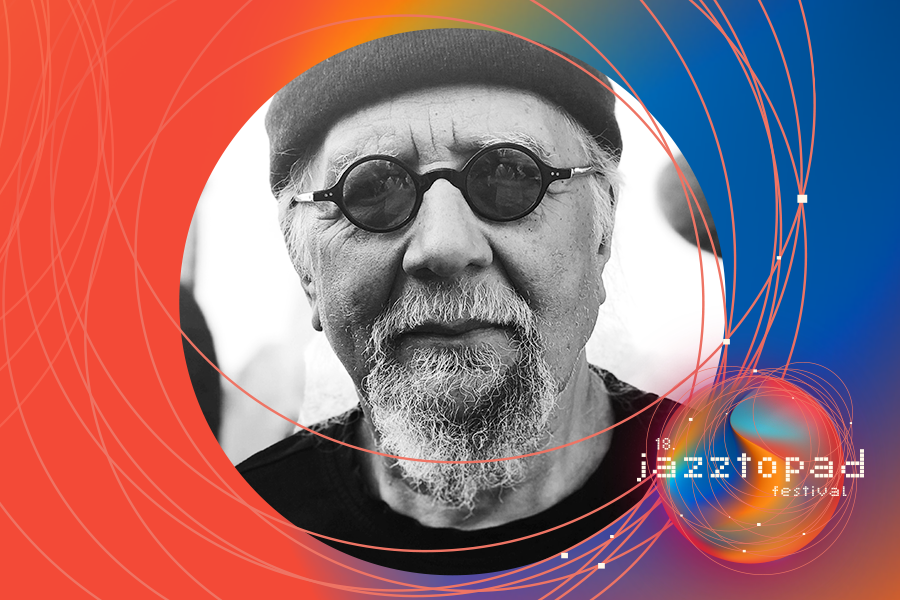 Charles Lloyd has a unique position in the history of Jazztopad Festival. Not only because of his numerous visits to Wrocław, but also because of his special relationship with the local audience. The National Forum of Music is a place where the American artist shows his new ventures to Europe. This time, Lloyd's star quartet opens the festival with a performance in Wrocław and at the same time inaugurates a concert tour across the Old Continent.

Charles Lloyd’s biography is material for several seasons of an exciting series, because the career of the saxophonist does not only consist of consecutive projects and recordings, but also unexpected twists and the protagonist’s surprising choices – as when he did not accept Miles Davis’s offer to collaborate with him, or when, at the peak of his career, he decided to hide in Big Sur and suspend his artistic activity for several years.

An actor who would play the role of Lloyd would have to pretend playing the saxophone excellently, but also emulate the stage “choreography” of the jazzman, who during concerts does not so much play an instrument as he dances with it, and even lets himself be led by it.

You would also have to find actors for the roles of Bob Dylan and Thelonious Monk, with whom Lloyd was friends already in the 1960s, or Michel Petrucciani, who directly contributed to the return of the saxophonist to world scenes in the early 1980s. For the reenactment of the artist’s famous concerts in Fillmore East and Fillmore West, on the backstage and in dressing rooms extras would have to play the roles of Janis Joplin and musicians from the Jefferson Airplane, with whom Lloyd shared the bill. Similarly, Jimi Hendrix or Jim Morrison could not be missing from outdoor festivals.

Such a production would require sets in at least four locations. To begin with, a blues-filled Memphis where Lloyd grew up and made his first stage appearances. Then the distant Los Angeles, to which he moved to go to college and where he shared the stage with Ornette Coleman and Don Cherry. Finally, New York, to which he came at the invitation of Chico Hamilton.

Shortly thereafter, the plot would move to Big Sur, where events would slow down significantly, until Lloyd’s return to the stage and the top of jazz Olympus. The most rewarding part of the production would certainly be the soundtrack selection. There is a lot to choose from.

The album Forest Flower took Lloyd to the top of popularity and was the first record in the history of jazz to sell over a million copies. In DownBeat polls, both those published in 1966 and in 2021, Lloyd’s name is listed first in the “Jazz Artist of the Year” category. But he is already a different artist. His work has never been more complete than it is today. What will it be like tomorrow? The Jazztopad Festival will feature premiere compositions such as Sky Valley Doll or The Lonely One, perhaps opening the next season of a thrilling series about the greatest jazz saxophonist of today’s world.