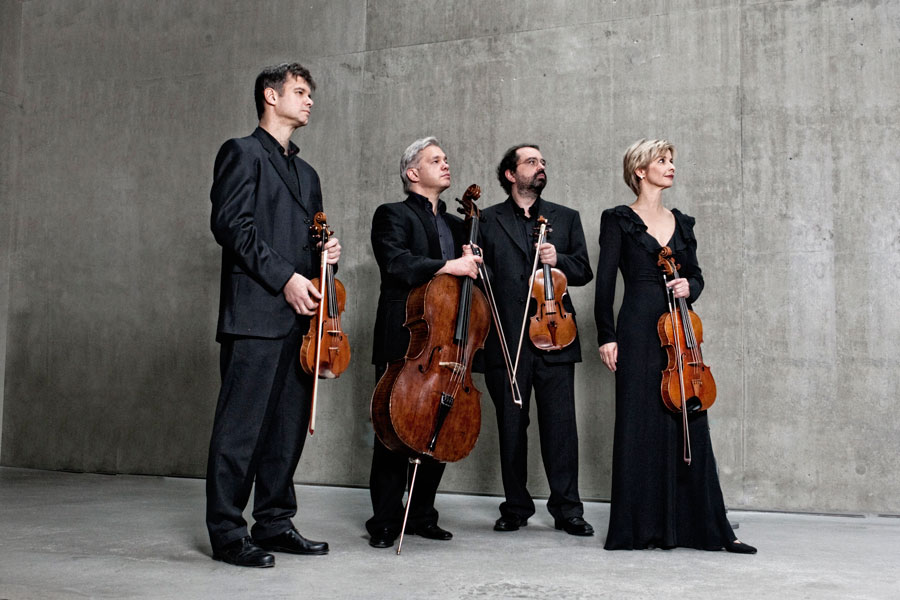 String quartets by Ludwig van Beethoven are the top achievements of chamber music. The excellent Hagen Quartett will perform two works by the German composer for this line-up.

Three works written in the years 1805–1806 and belonging to op. 59 are called “Razumovsky Quartets”. Andrey Kirillovich Razumovsky was a diplomat, and at that time he was the Russian ambassador in Vienna. During his stay in Austria, he made friends with Beethoven, and the composer dedicated several pieces to him, including these string quartets. Each of them contains a quote from Russian music (marked in the score as “Thème Russe”), giving the music a specific colour, which must have seemed very exotic to contemporary Beethoven listeners. In the String Quartet in E minor, the Russian quote appears in the third movement – Allegretto. This is a very well-known melody, later used by many composers, including Modest Mussorgsky, Sergei Rachmaninoff or Igor Stravinsky.

A very different composition is the Quartet in B flat major op. 130, premiered in its original shape in March 1826. It is a big work, very original in terms of structure. It consists of as many as six movements, among which you can find both the stylization of a German dance (Alla danza tedesca) and a simple song (Cavatina). However, the most exciting movement for the premiere audience was the unusual sixth – the Große Fuge (Great Fugue). The publisher, quite rightly afraid that the work would not arouse the interest of buyers, asked Beethoven to change the ending. The composer, usually slow to succumb to this type of persuasion, agreed this time and in November 1826 wrote a new finale, entitled simply Allegro. It was his last work.

And the Great Fugue? It eventually appeared separately as op. 133. For many years, it aroused contradictory emotions among researchers and performers. They considered it impossible to play, completely incomprehensible and written as if “in Chinese”, compared to the musical tower of Babel. So, it was played very rarely. The situation changed radically when in the 1920s Stravinsky recognized this movement as a contemporary work. This opinion was also shared by the Canadian pianist Glenn Gould, who considered it one of the most amazing pieces of all times. Beethoven was also aware of the value of this composition. When he was informed that during the first performance two movements of the Quartet in B flat were encored, but not the fugue, he commented on the taste of the audience in not a very diplomatic way. The great fugue puts great demands on the musicians, but when they can meet them, its performance becomes a dazzling and deeply moving experience.