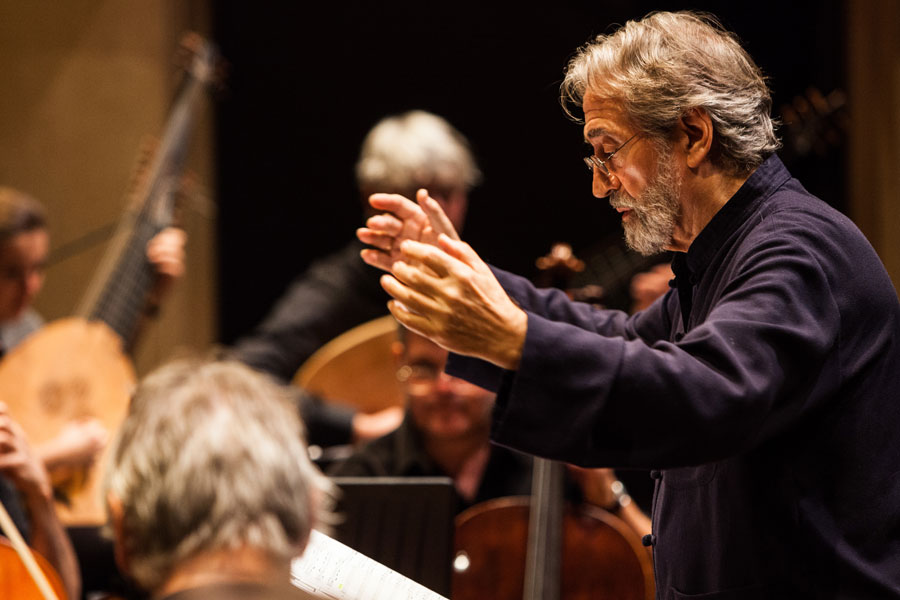 The last and greatest symphonic work by Ludwig van Beethoven, and at the same time a milestone in history – this is the famous Symphony No. 9 in D minor op. 125. At the National Forum of Music, we will hear it in an excellent line-up featuring world-class soloists directed by Jordi Savall.

It is hard to believe that Beethoven was completely deaf while composing Symphony No. 9. For this reason, he was unable to conduct the premiere and stood on the stage behind the conductor, watching the orchestra. After the last sounds were played, the composer did not hear the thunderous applause that sounded in the hall and remained with his back to the audience until Caroline Unger, who performed the alto part, approached him and turned him towards the audience so that he could see how much his work was liked. The greatest fame was brought by Beethoven’s last symphony to the final cantata Ode to Joy whose text had been penned by Friedrich Schiller, and in our times has been popularized as the anthem of the European Union. This is one of those classical music themes that everyone has heard, even if used in pop culture. The Ninth is the first vocal-instrumental symphony in history. The real and alleged background of the work on the innovative piece became the basis for the screenplay of Copying Beethoven directed by Agnieszka Holland with Ed Harris playing the genius.

One of the most important works of classical music will be performed by Le Concert des Nations under the baton of its founder, an outstanding artist of Spanish origin, Jordi Savall, and the spectacular finale will be sung by the soloists and the NFM Choir.