In the Light of Haydn 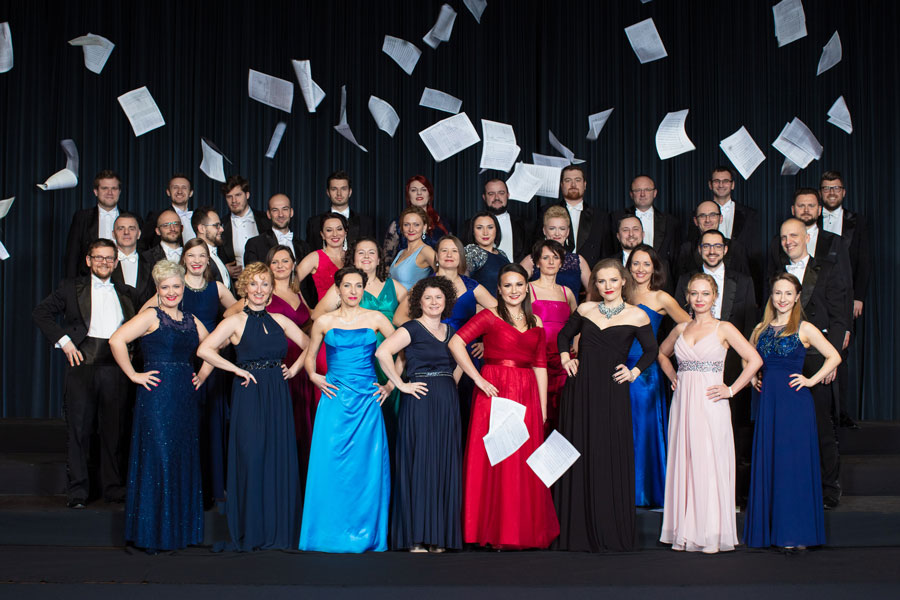 The concert programme includes two works by Ludwig van Beethoven, who made crossing borders the motto of his oeuvre. Acclaimed for his interpretations of Beethoven’s music, Giovanni Antonini will lead the performances of two lesser-known and less obvious compositions by this German composer.

The Creatures of Prometheus is the only ballet in Beethoven’s output. It was created for a libretto prepared by the Italian choreographer, dancer and composer Salvatore Viganò. Initially, this artist was also expected to write the music, but he decided that the topic was beyond him and suggested that Beethoven should undertake the task. The story, consistent with the ideals of the Enlightenment, was very much to the liking of the German composer and he went to work with pleasure. The allegorical story of the titan Prometheus was enriched here with the thread of ennobling humanity. The eponymous character takes people to Parnassus and acquaints them with the achievements of Apollo and the Muses, which ennobles their nature and makes them become fully human. For its premiere, the ballet was presented by the Vigan ballet company in March 1801, and it was a great success. In 1808, this work was performed for the first time in the United States, where it also enjoyed great popularity. The music is surprisingly light for Beethoven, but at the same time full of interesting colour ideas: it is one of the very few pieces in which Beethoven used a harp and a basset horn. He based the finale of Symphony No. 3 on the theme from the ballet finale, and he used the same musical thought in the Variations and Fugue in E flat major op. 35, commonly known as ‘Eroica Variations’.

The Mass in C major op. 86 was commissioned by Prince Nicholas II Esterházy, the former patron of another great composer, Joseph Haydn. The aristocrat was apparently very attached to this artist’s style and therefore the performance of Beethoven’s mass, progressive in terms of musical language at his estate in Eisenstadt was not successful. The composer was angered by the prince’s open disapproval, who went so far as to describe the mass in his correspondence as ‘unbearably stupid and disgusting’. Of course, the reception of the Mass in C major has changed over time. Although it is one of Beethoven’s less frequently performed works for a powerful line-up, it is considered by researchers and performers to be one of his greatest masterpieces. This monumental composition is characterized by enormous expressive power.