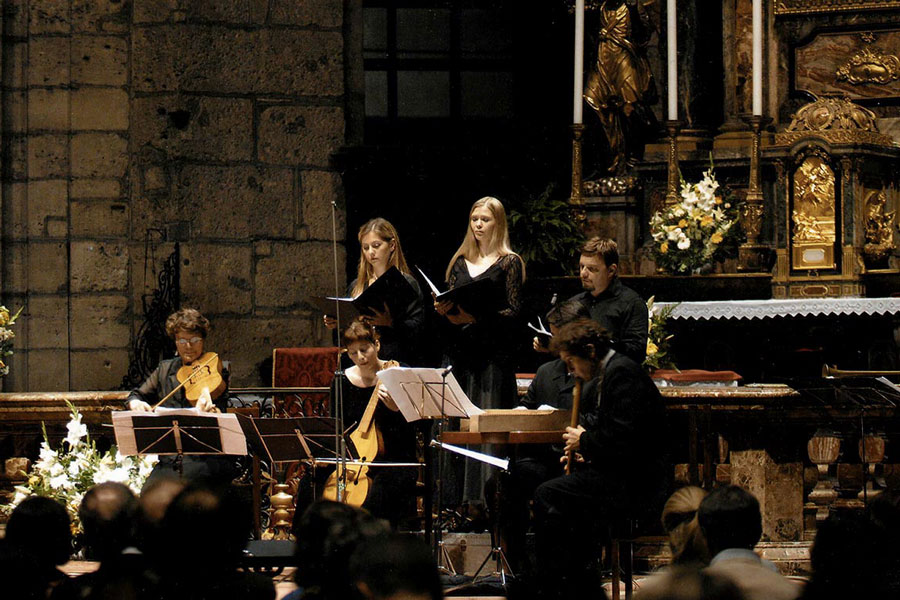 Florid, polyphonic music was the avant-garde of the late Middle Ages throughout Europe. Today, by reading it from ancient manuscripts, we learn about the period of closing an important era in the history of Europe, full of emotion and artistic craftsmanship. The ensemble Mala Punica interprets works from centuries ago with passion, courage and virtuosity, at the same time taking into account historical knowledge about ancient music. We are slowly acquiring this knowledge by digging through ancient books such as Codex Faenza and Buxheimer Orgelbuch.

The so-called Faventina, whose avid researcher is Pedro Memelsdorff, the ensemble’s chief, is an extremely rich collection of works copied by several generations of scribes, from the late Middle Ages to the early Renaissance. This collection amazes with the diversity of liturgical music – in addition to simple Gregorian chants it includes intricate polyphonies full of sophisticated ornaments. The Book of the Carthusian monastery in Buxheim contains a gigantic collection of 250 organ works from the second half of the 15th century. The title of the concert – Beatum incendium – is the title of the motet of Johannes Ciconia, a representative of the sophisticated 14th-century style ars subtilior.