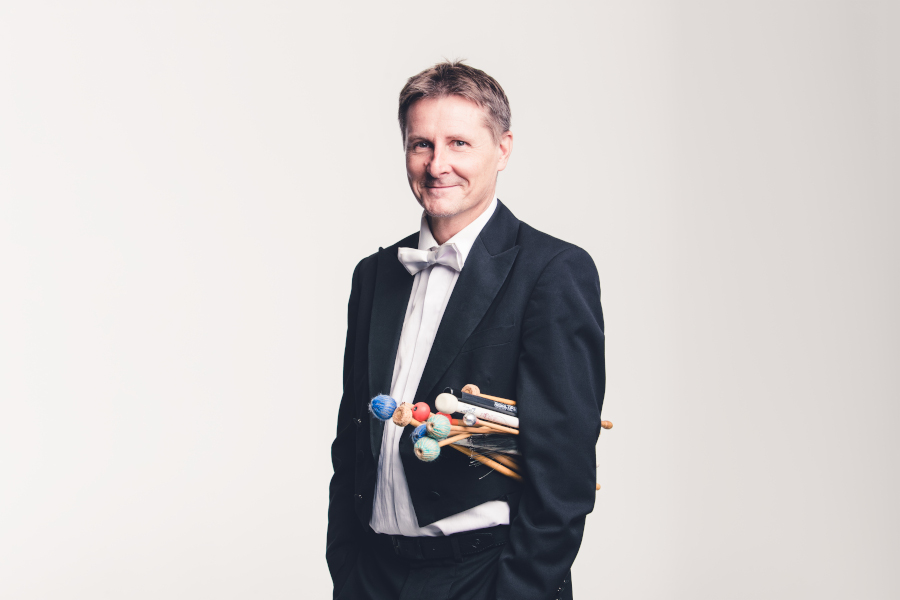 The programme of the concert includes three completely different works – two important compositions written in the 18th and 20th centuries. The common denominator is the idea of going beyond conventions, achieved in a surprising way in terms of sound.

Steve Reich, one of the leading representatives of American minimalism, has noted that while playing the same recording on two tape recorders, both versions diverge in time. This observation has inspired many works, including the Clapping Music from 1972. The two performers clap in the same rhythm in the beginning, then slowly diverge by a certain rhythmic value, and finally return to the common rhythm.

Edgar Varèse wanted to create objective music, completely deprived of emotions. He was mainly interested in rhythm and timbre. He developed his aesthetic views by studying acoustics, physics, physiology of hearing, astronomy and architecture. Many of his works resemble this fascination, for example the Ionisation, a composition that was first performed in the early 1930s. The work, lasting less than 6 minutes, is one of the first ever pieces in the history of music intended solely for percussion. Varèse admitted that while working on this composition, he did not look for inspiration in the works of other composers, and the acoustic and physical phenomena were a model for him. He was fascinated by the works of Italian futurists – Luigi Russolo and Filippo Tomas Marinetti. These artists were famous for their machines and their fast pace of life. Varèse fully shared their views. He wrote: “I live in the city and I like the city,” and he added elsewhere: “Our times are a period of commotion and noise, a period of speed.”

In the 18th century, open-air popular music was mainly written for brass bands. However, the seven-movement Serenade in B-flat major “Gran Partita” by Wolfgang Amadeus Mozart is both cheerful and gentle in expression, but at the same time, given its duration it is a work that goes far beyond the framework adopted for this type of composition. Just like the Ionisation, the “Gran Partita” is intended for thirteen performers playing twelve wind instruments and the double bass (sometimes replaced by contrabassoon). Such a line-up was very unusual for those times. A fragment of this work appeared in Miloš Forman’s Amadeus, in the scene where Salieri first encounters Mozart’s music – he then compares the singing melody of the oboe from the third movement of Serenade in B-flat major to the voice of God.