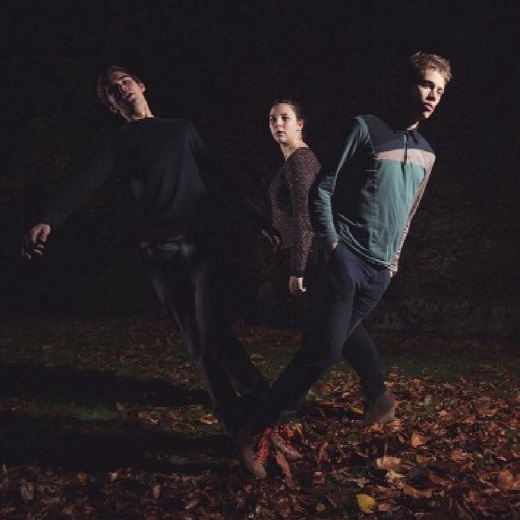 LABtrio (Lander - Anneleen - Bram) are three musicians with strong personalities, endowed with a fresh and adventurous approach to music. The trio's acoustic universe conceals an urban jazz that flirts with electronic, underground and hip-hop cultures. Since the Trio's founding in 2007, they have received several awards and prizes (including a superb double - Audience Prize and Grand Prize - at the prestigious Avignon 'Tremplin Jazz' festival in 2011). Thanks to this price, they recorded their first album at the Studio la Buissone, Pernes-les fontaines in France. Their first album “Fluxus” released in October 2013 (Outhere records)- a real gem - constitutes testimony to what is the jazz of today, seen by this new generation of musicians. In the Spring of 2015 LABtrio starts a new collaboration with cellist Christopher Hoffman and saxophonist Michaël Attias, both from New York. A residency was held in February in Vrijstaat O (BE) and The NY project was created. Their creation was premiered on the 20th and 21st of February 2015 on the occasion of the STORM! Festival and BRAND festival in Oostende (BE) and Mechelen (BE). Afterwards the group was invited to play at the legendary jazzclub “Barbès” in New York. The quintet also recorded their new album “The Howls Are Not What They Seem” (Outhere Records) at the Kaleidoscope Sound Studio in New Jersey, uSA. The group will tour with their new work throughout Belgium in January 2016. In the autumn of 2015, LABtrio was part of the Match & Fuse program, sharing the stage with the renounced British Dinosaur. Together they performed at different venues in Belgium and in the United Kingdom. For 2016, LABtrio is planning more international tours with confirmed concerts in Canada, Sweden, Germany and Norway. In may 2016, LABtrio plans an artistic collaboration with the Norwegian saxophonist Harald Lassen. The band has also been selected to preform at Jazzahead! 2016.