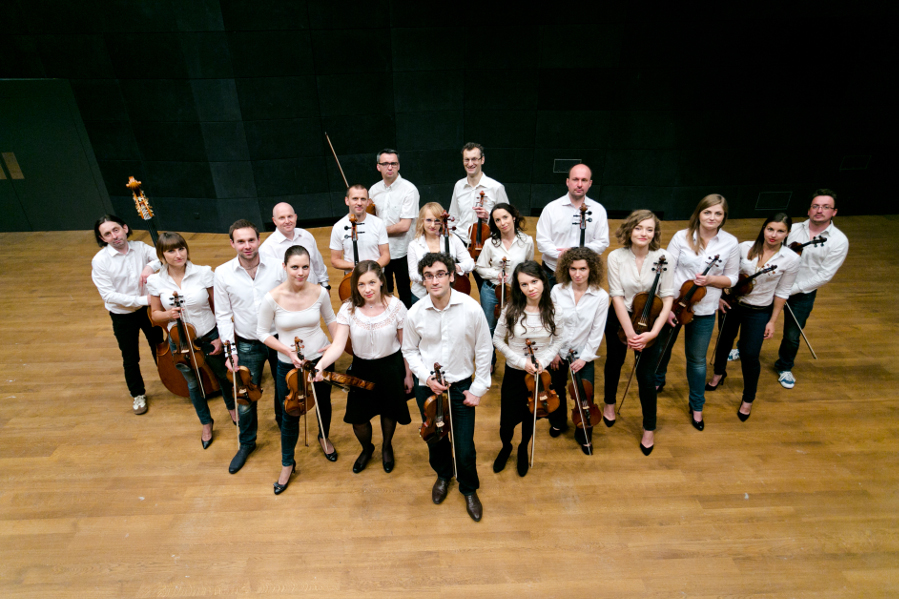 Over almost four decades of its activities, the NFM Leopoldinum Orchestra has achieved a position of renown on the classical music scene and has experienced various approaches to leading the orchestra and has elaborated their own approach to music, combining emotiveness of sound with transparency of texture and clarity of parts. It is to these features of Leopoldinum’s playing that critics draw our attention to, valuing its productions also for the musicians’ conspicuous engagement with what is being performed.

Since the beginning the orchestra has been directed by outstanding violinists-leaders: Karol Teutsch, Jan Stanienda, and then Leopoldinum’s long-time concertmaster Zbigniew Szufłat. In the beginning, the orchestra focused mostly on Classical or even Baroque repertoire, later to expand its programmes to include music up to the 20th century, which resulted in highly acclaimed recordings (Vivaldi’s The Four Seasons, and with Ewa Podleś – a CD with works of Respighi and an album of Rossini’s arias).

For several years now the ensemble’s priority has been presenting music of outstanding 20th- and 21st-century composers, music somewhat overlooked in the process of shaping repertoire canons. Thus Leopoldinum reveals to their listeners works of the highest order, but remaining beyond the concert mainstream, and at the same time astonishing in their quality and genuine mastery. Under the artistic directorship of another distinguished musician, Ernst Kovacic, the orchestra could begin their exploration of various niches in 20th-century music. The results of this mission are the subsequent CD recordings, produced in recent years, and among them public attention has been drawn particularly to e.g. CDs with works by Ernst Křenek (2 albums released by Capriccio and Toccata Classics), and Leoš Janáček (DUX), the string arrangements of works by Alban Berg (Berg by Arrangement, Toccata Classics, hailed by The Sunday Times as one of the best CDs of the year), or Kunst der Fuge (CD Accord) showing how much Bach has been a patron to numerous composers, including those writing contemporary music.

The ensemble has performed in Europe’s major venues: Barbican Centre in London, Philharmonie, Konzerthaus and Schauspielhaus in Berlin, Konzerthaus in Vienna, Tivolis Koncertsal in Copenhagen, Teatro Victoria Eugenia in San Sebastián, and others, as well as during the most important European festivals, i.a. Pablo Casals Festival in Prado, Muziekfestival West-Brabant in Holland, Bodenseefestival and Weilburger Schloss¬konzerte in Germany, Echternach in Luxembourg, Festival de musique du Périgord Noir in France, Estoril in Portugal, Flanders Festival, Europalia.Europa in Belgium, and, last but not least, Wratislavia Cantans and Musica Polonica Nova in Wrocław, Poland.

Since September 2017, Joseph Swensen, a superb violinist and conductor, has been artistic director of the NFM Leopoldinum Orchestra.