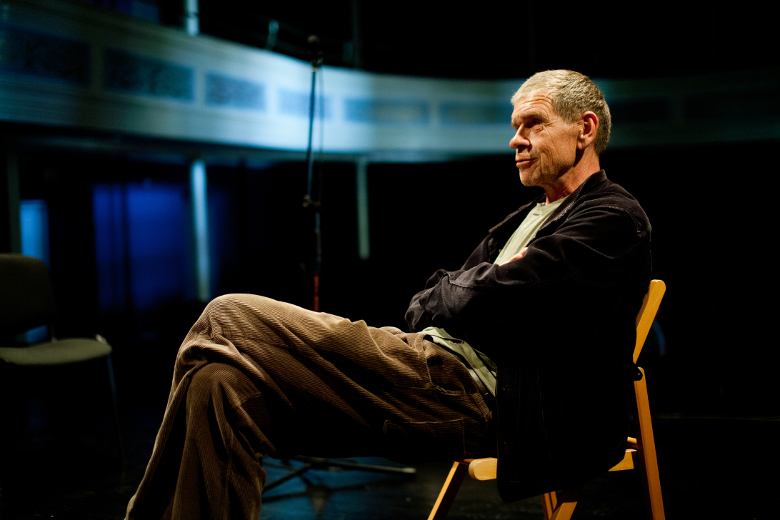 Lech Dyblik is a Polish actor born 60 years ago in West Pomeranian town of Złocieniec. After finishing Construction Technical School in Koszalin, where he led an amateur theatre, he graduated from the State Higher School of Theatre in Cracow in 1981. Having done that, in the 1980s he worked in the Warsaw National Theatre, simultaneously performing on the silver screen. He was casted in over 50 feature films – both comedies (Superprodukcja, Kiler, Drogówka, Show) and dramas (Róża, Dom zły, Wesele, Pod Mocnym Aniołem) or costume movies (Zemsta, With Fire and Sword, War and Peace series). Thanks to the good communication he enjoys with young people and his openness to challenges, Dyblik often appears in student etudes of future filmmakers. Endowed with a characteristic appearance (which one of the Internet users aptly commented on: “An ideal performer of all sorts of winos, homeless people and alcoholics” (LarryTheNinja7/filmweb.pl)), he is eagerly cast by the most outstanding contemporary Polish directors (Wajda, Zanussi, Smarzowski, Machulski, Pasikowski, Koterski). His knowledge of English, French and Russian opened the door for him to international productions (e.g. with Greenaway). As the creator of expressive episodic personas in popular shows, he became well known to a wider television audience, e.g. as the homeless, philosophizing Badura from the Kiepski's World. Dyblik proves to be an artist of many talents – apart from the acting work, after a few years devoted to learning to play the guitar, he recorded two solo albums inspired by blatnaya pesnya, a genre of Russian song (Bandycka dusza 2010, Dwa brzegi 2014). He successfully performs with this music material both officially: in local culture centres, churches or meetings with youth, as well as in the streets or special concerts in centres for homeless people and prisons. Non-drinking alcoholic for over two decades, he has been living with his wife and three daughters in Łódź.