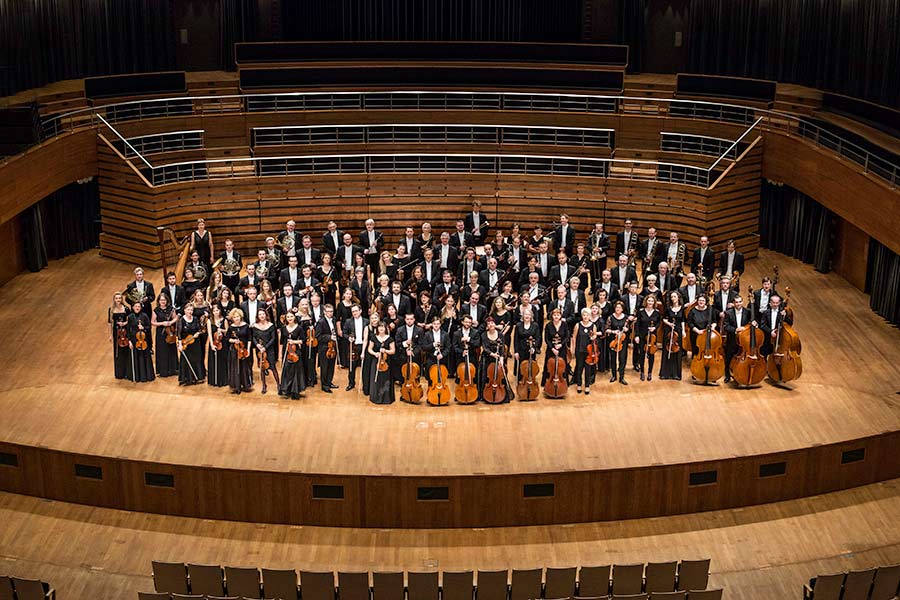 Since the 2017/2018 artistic season the ensemble’s artistic director has been multiple Grammy Award-winner Giancarlo Guerrero. The orchestra was founded in 1945 and in 1994 it chose Witold Lutosławski as its patron. In 2015, when it moved to its new home at the NFM, it adopted the name of NFM Wrocław Philharmonic. During the season, in addition to regular concerts, the orchestra performs a wide variety of artistic projects, including educational concerts, open-air concerts and recording sessions. In educational activities, it focuses not only on concerts for children and young people, but also cooperates with the Academy of Music in Wrocław and the Orchestra Academy and Choir Academy (projects run by NFM). Thanks to cooperation with NFM festivals, such as Jazztopad and Musica Electronica Nova, the ensemble performs with leading representatives of the avant-garde and jazz scene, such as John Zorn, Brad Mehldau, Charles Lloyd and Wynton Marsalis & Jazz at the Lincoln Center Orchestra.

The NFM Wrocław Philharmonic has gained special recognition in the 20th and 21st century symphonic repertoire, and regularly performs compositions commissioned by the NFM. Part of this activity are also albums and performances of the orchestra in prestigious venues in Poland and in the world, including at the Berwald Concert Hall (Stockholm), Elbphilharmonie Hamburg, Kölner Philharmonie, Tonhalle Zürich, Concertgebouw (Amsterdam), Flagey (Brussels), the Chicago Symphony Center, the Warsaw Philharmonic, and the new NOSPR venue (Katowice).

In its recordings and on tour, the orchestra regularly performs the works of such masters as Witold Lutosławski, Krzysztof Penderecki, and Arvo Pärt. A record with symphonies by the latter composer, recorded by the orchestra under Tõnu Kaljuste (ECM), received the 2019 International Classical Music Award.