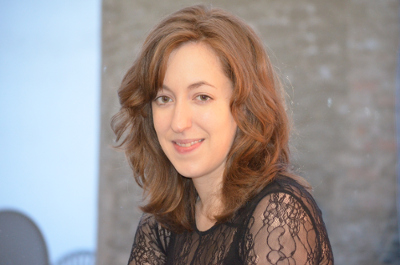 Marie Ross is one of the most innovative leaders of the next generation of early music performers.  In addition to her career as an orchestral clarinetist, Ms. Ross is the founder and artistic director of The Royal Windplayers, a historical wind octet.  The ensemble has become known as one of the most unconventional historical instrument chamber groups, regularly performing arrangements that Ms. Ross writes specifically for the group.  In 2009, she led an original semi-staged production of Mozart arias and duets made up of her own arrangements for singers and wind octet for the Utrecht Early Music Festival Fringe which was called the “best concert of the festival.”

Born in Little Rock, Arkansas, in the United States, Ms. Ross attended high school at the Interlochen Arts Academy in Michigan.  She went on to study modern clarinet performance with Jon Manasse at the Eastman School of Music where she earned a Bachelor of Music.  She completed a Master of Music Degree with Luis Baez at the San Francisco Conservatory.  Among the first recipients of the Priddy Fellowship for Arts Leadership at the University of North Texas, where she was doing work for a Doctorate, Ms. Ross traveled to France to participate in a workshop on historical performance practice, which led her to complete a second Master’s Degree in Early Music at the Koninklijk Conservatorium in the Hague, Netherlands.  She was a student of Eric Hoeprich.

Ms. Ross made her debut as soloist with the Dutch National Opera Academy’s 2009 production of Mozart’s, La Clemenza di Tito, conducted by Richard Egarr, where she performed both solo arias on the original basset-clarinet and basset-horn.

Inspired by the traditions of the classical era, Ms. Ross began making arrangements for her wind chamber ensemble while still a student.  This quickly became a passion and an essential part of her expression and philosophy as an early musician, combining new and creative elements with the traditional historical scholarship and research.  Ms. Ross currently works as a professional arranger, and besides writing for The Royal Windplayers, she receives commissions from individual ensembles and organizations including the University of North Texas opera program.  Ms. Ross has recently finished an arrangement of the Mozart Clarinet Concerto for Concerto Köln.  It was premiered in a concert by the Winds of Concerto Köln in June 2012 with Toni Salar-Verdú as soloist.

Acknowledged as an authority on harmoniemusik, Ms. Ross was invited to return in 2010 to the Koninklijk Conservatorium to coach a chamber music project for the early music department.  The wind players together with the conservatory’s vocal students performed her arrangement of Mozart’s Così fan tutte for winds and singers to rave reviews for the Leidse Hout Music Festival in Leiden, Netherlands.  Having a long-time interest in opera staging, Ms. Ross was the stage director for this production, as well as coaching the singers and instrumentalists.